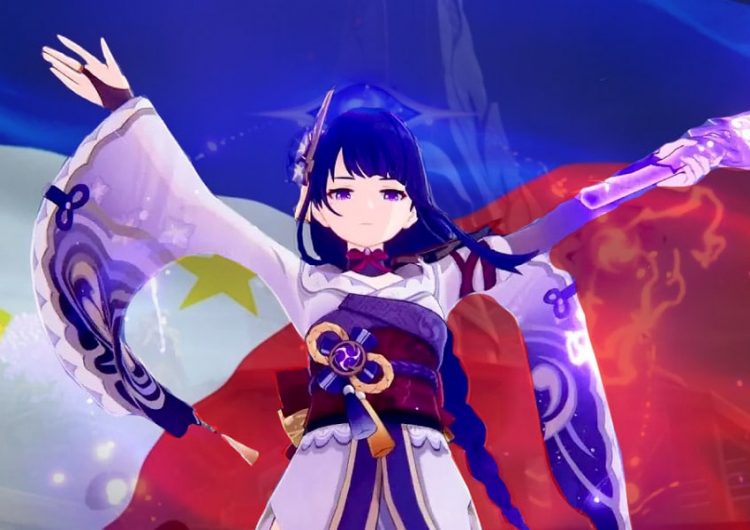 This just in, Filipino “Genshin Impact” fandom: No, you won’t be guaranteed victorious gameplays for the next 72 hours. It turns out that there’s something better in the mailbox: A Filipino-American is giving life to an upcoming character under the Baal banner in the RPG’s 2.1 version.

In a tweet, Filipino-American voice actor Anne Yatco broke the news: “I am humbled and honored to be the Raiden Shogun’s English VA in @GenshinImpact!” Yatco, who hails from Morris, Illinois and was raised in a Filipino household, also expressed her personal fondness for her new video game twinflame. “I love the #RaidenShogun SO MUCH, and I can’t wait for you to learn more about #GenshinImpact 2.1! May the Electro Archon bless your summons,” she quipped.

I CAN FINALLY SAY IT.

I am humbled and honored to be the Raiden Shogun’s English VA in @GenshinImpact!

I love the #RaidenShogun SO MUCH, and I can’t wait for you to learn more about her in #GenshinImapct 2.1!

May the Electro Archon bless your summons ⚡️💫💜 pic.twitter.com/omX9Mnh8HH

While Yatco summons the Raiden Shogun to her vocal lair in English, Miyuki Sawashiro takes the voiceover for the Japanese version. Fellow Asian-American voice artist Christian Banas, a.k.a. the voice behind “Genshin Impact’s” Thoma, also hyped up the news: “AYO FILIPINO #genshintwt LOOK WHO FINALLY GOT TO ANNOUNCE.”

AYO FILIPINO #genshintwt LOOK WHO FINALLY GOT TO ANNOUNCE. https://t.co/QvrhaRNIR2

With a stellar portfolio in her arsenal, we’re pumped for Yatco’s interpretation of the new playable Electro character. In fact, you’ve probably heard her voice multiple times: Nobara Kugisaki in “Jujutsu Kaisen,” Lilian, Bridgette, and Iris’ Mother in “Violet Evergarden,” and Taisha in “Children of the Whales,” among others. She also acts, sings, and writes—which pretty much spells the premonition of the badassery to come with the Raiden Shogun. With a sword by her side, the character’s skills include the Transcendence: Baleful Light, which causes Electro damage.

The new banner is set to drop on Sept. 1, and until then, we’re shamelessly owning this toxicity-free #ProudPinoy moment, thank you very much. In the words of Yatco, “Mabuhay bitches.”