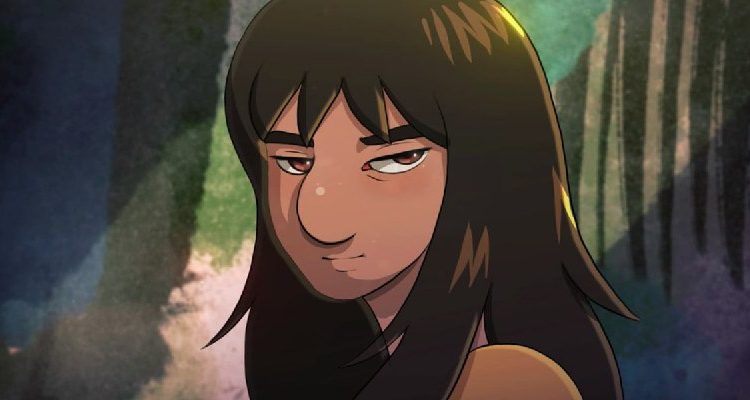 Our resident mambabarang (sorcerer) is taking on another adventure with us, and it doesn’t matter if we’re ready or not.

Gather around, Filipino comics fans: “Ella Arcangel” is finally getting her animated film debut (as she deserves). The announcement was made on the graphic novel’s official Facebook post on Sept. 22.

(We’re happy to announce that a film adaptation of “Ella Arcangel: Awit ng Pangil at Kuko” is in the works through a grant from the Film Development Council of the Philippines and FilmPhilippines.)

Mervin Malonzo, artist and one of Haliya Publishing’s co-owners, also confirmed it on Twitter.

Created and written by Julius Villanueva, “Ella Arcangel: Awit ng Pangil at Kuko” follows Ella in her quest to protect Barangay Masikap—including its cats—both from the police and a mysterious entity with sharp teeth who lurks in the darkness. In the 18-second teaser, a walking cat stares at the audience with one eye gone and the other in flames.

In May 2020, Malonzo announced the release of an animated episode adaptation of the comic, “Ella Arcangel: Oyayi sa Dilim” (Lullaby in the Dark), which he animated. In July of the same year, he revealed that because of the episode’s good feedback, they decided to work on the animation of the comic’s second story, “Lupa ng mga Naglaho,” with a sneak peek here.

The “Ella Arcangel” series has been lauded for its effort to tackle pressing issues such as abuse, justice, privilege, and survival among others, while keeping an interesting take on local mythology and folklore. While we sit and wait for further details, here’s a list of games you can play if you’re a big local myth and folklore fan.

SHAREProbably one of the most late-capitalist moves of 2019 is KFC’s Japanese-style dating...