To those who’ve been acing the quarantine hobby department, you might have been metaphorically crossing paths with the 26-year-old singer-songwriter and “Savage x Fenty Show” model Troye Sivan.

“I’m always listening to what’s ‘cool’ right now. But I also try to make a conscious effort to make stuff that’s exciting to me, and hopefully to the people who listen to my music,” says Troye in Los Angeles during a virtual conference with media outfits across Asia. 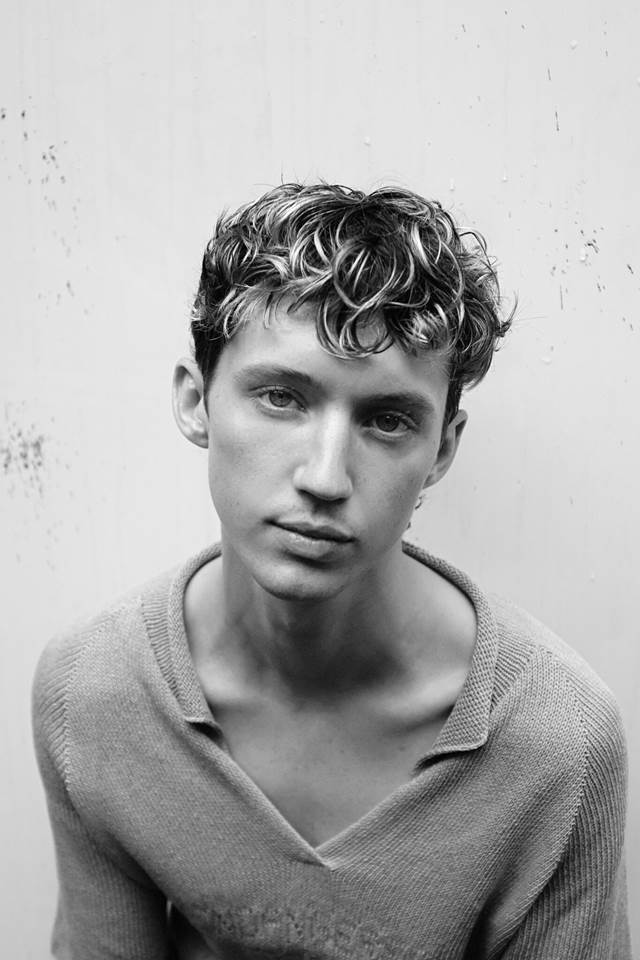 Weeks after the release of his new single “Angel Baby,” it is only expected that the Australian performer would be asked about his creative process during quarantine—especially since his new track sounds like new territory versus albums “Bloom” and “Blue Neighborhood.” Think retro ’80s soundscape, with a surrender to escapism so misty and distinct at the same time. “Unfortunately for me, ‘Angel Baby’ is a complete fantasy. It’s not reality (laughs). It starts off in a verse [where] you can feel kind of like that pining, where it’s like, I’ve almost given up on the idea of finding someone.”

“And then, you know, on a rainy night, you kind of like showed up. And that’s the part that I’m waiting for, the pining is definitely there, but the man showing up on a rainy night has yet to happen,” he explains, further unpacking that the track allowed him a moment to just fantasize and remember how much the concept of love means to him.

Well, it’s safe to say that apart from “Angel Baby,” another one of his fantasies has evolved into a reality. Apart from music and acting, what other interests or hobbies have influenced Troye’s creative process lately?

“I really, really love interior design. It’s like a huge part of my life now. I think sometimes it’s just nice to have a creative outlet and another way you can kind of explore and express and create. And that was really fun, to find a new outlet. I always knew that I loved it, but I really kinda went for it during the pandemic,” he tells Scout. 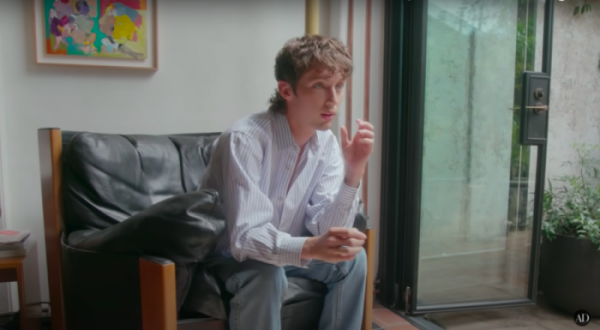 In case it hasn’t crash-landed on your TLs, there’s proof to back up the pop star’s personal thesis statement. Early this year, Troye unveiled the anatomy of his new home in Melbourne, Australia, a Victorian Era home he transformed after staying in America for a couple of years. Through a house tour with Architectural Digest, you can virtually walk through his mood board-worthy and intimate abode that screams 1.) art geek, 2.) introvert wonderland, and 3.) all of the above. 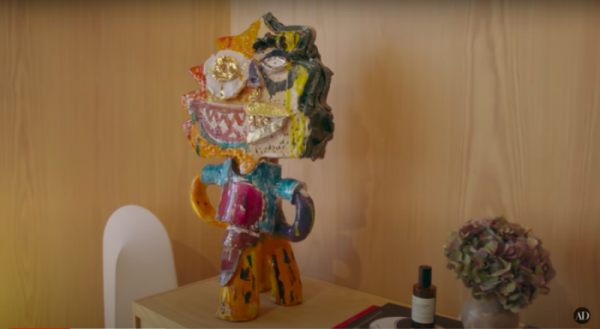 Among the highlights of his home are the “most comfortable couch in the world,” a Ramesh Mario Nithiyendran sculpture, a hand-blown glass figure by artist Nell called “The Ghost Who Walks Will Never Die” sitting in his staircase, a desk with “homoerotic books” that he also “litters around the house,” and another couch that doubles as a spaceship or bathtub in his POV. 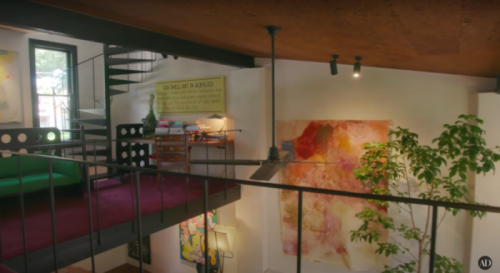 A few lines from “Angel Baby’s” first verse says, “Pull me from hell, bring me back again / Play me the classics, something romantic / Give it my all when I don’t even have it / I always dreamed of a solemn face.” Fantasy aside, who knew this could sound like a love letter to his sacred quarters, too?

Meanwhile in Canada, a college on Drake and The Weeknd exists

QUIZ: Which ‘Solar Power’ track will you play when the world ends?

SHAREWelcome to The Sound Pool: a collaborative column between the semi-anonymous founders of...

SHARE“[Mayor Vico Sotto] is the best gift ever to Pasig City,” Senator Panfilo...