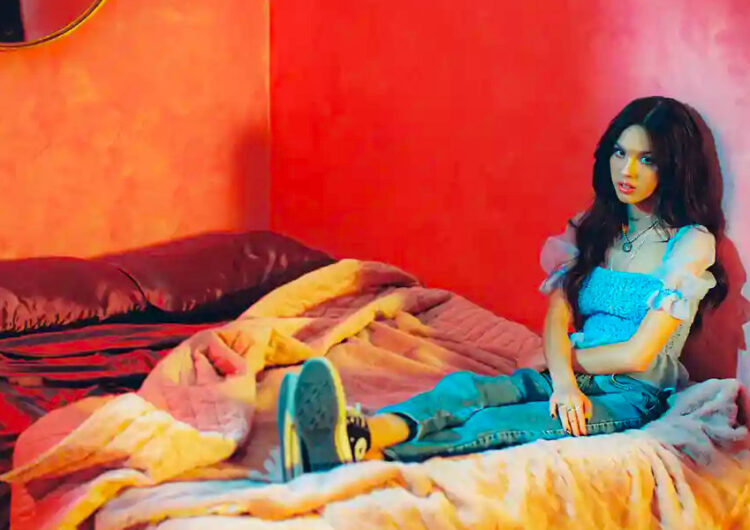 Nineteen-year-old pop star Olivia Rodrigo’s schedule is packed. She’s just released her documentary “Driving Home 2 U,” is off to the Grammys with seven nominations, and will begin her very first tour this year. With a plate full of post-“Sour” success, it looks like the musician couldn’t even get close to boredom. But contrary to the usual treatment towards the word, it isn’t something she antagonizes.

In an intimate advice column-like interview on “The Drew Barrymore Show,” Barrymore delved into personal and vulnerable territories with Rodrigo. One of them is the art of being alone, which the young artist admits she’s long been comfortable with, especially growing up as an only child. Aside from that, in terms of songwriting, she sees boredom as essential. “Sometimes, I think boredom is a catalyst for a bunch of creative things,” Rodrigo said after mentally scouring through the perfect word to describe it. She later on confesses that she forces herself into it, after Barrymore brought up how difficult it could be with the current landscape designed for a short attention span.

Part of Rodrigo’s boredom gameplan includes letting herself “fool around” with the piano even with no idea in mind, and restricting her social media—which, according to her, can suck out time and affect emotions negatively. “People can be really weird on there,” she remarked. In the latter part of their brief mental health-focused conversation, Rodrigo and Barrymore imagined a reality where a “once-a-week phone shutdown” on Sundays exist. And yes, we’d like to be on board with that.

In a (capitalist) world where productivity is an ultimate currency, any form of idle time is often symbolized as a waste of time. Guilt has become an automatic response for “rest” days, instead of giving into the well-deserved break itself. But a study in Hardvard Health Publishing shows how the downtime actually helps with our brain functions. In a day, our mind needs both “focus” and “unfocus” times for it to work. As Scout copy editor Niña Guno previously said, “Being idle and stepping back isn’t failing. It’s just being human.”

So whether you’re staring at a blank space or writing the same thing over and over, trust that Olivia Rodrigo wouldn’t judge you for it.

SHARELast Feb. 15 to 17, SCOUT represented the Philippines (and the rest of...

SHAREWe live in a post-internet world that’s changing the landscape for artists. Fame...