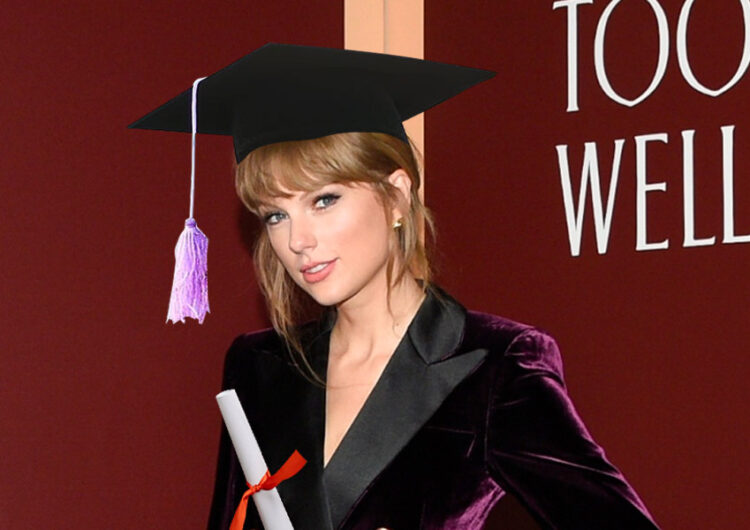 If, by some stroke of luck, you chance upon Taylor Swift on your flight, then don’t fret: There’s a doctor on board. Swifties’ fave blondie will officially be granted an honorary doctorate.

Fresh off from the folks of the Taylor Swift college course comes the latest addition to the ongoing Swift academia saga. For its coming commencement exercises for classes 2020 to 2022, New York University is set to award the musician the title of Doctor of Fine Arts, honoris causa.

According to Variety, Swift herself will be present at the event at New York City’s Yankee Stadium on May 18, where she will deliver an address to the graduating class. Among the rest of the honorary grads is disability rights advocate Judith Heumann, who will also be giving a speech.

“I cannot overstate how thrilled I am to be coming together in person with graduates, parents, faculty, and honorees for NYU’s commencement,” says NYU President Andrew Hamilton in a statement.

“Since 2019, we have been deprived of commencement’s festive, communal joy, and its absence has been keenly felt. Few groups of graduates are more deserving of a celebration than these classes: their pursuit of their studies disrupted, isolated by a daunting pandemic, these classes—2022, 2021, and 2020—have distinguished themselves with their grit, grace, and forbearance. We reconvene at Yankee Stadium with a renewed sense of appreciation for the act of celebrating together in person, a recognition of our graduates’ enormous achievements, and a respect for their character and perseverance.”

Back here in the local sphere, Ms. Swift has also made her cameo rounds in universities, particularly in an address to University of Santo Tomas’ college freshmen. What can we say? We love an academia icon.

Read more:
Kara David, journalist and Swiftie, schools us on ‘Champagne Problems’
What are your top Taylor Swift songs? This quiz will let you know
Here’s a look at the Taylor Swift college course’s goals and lessons

SHAREFor some, art acts as the cradle of sentiments. For others, art is...

SHAREA24 fans, we now have a chance to own the “Midsommar” May Queen...