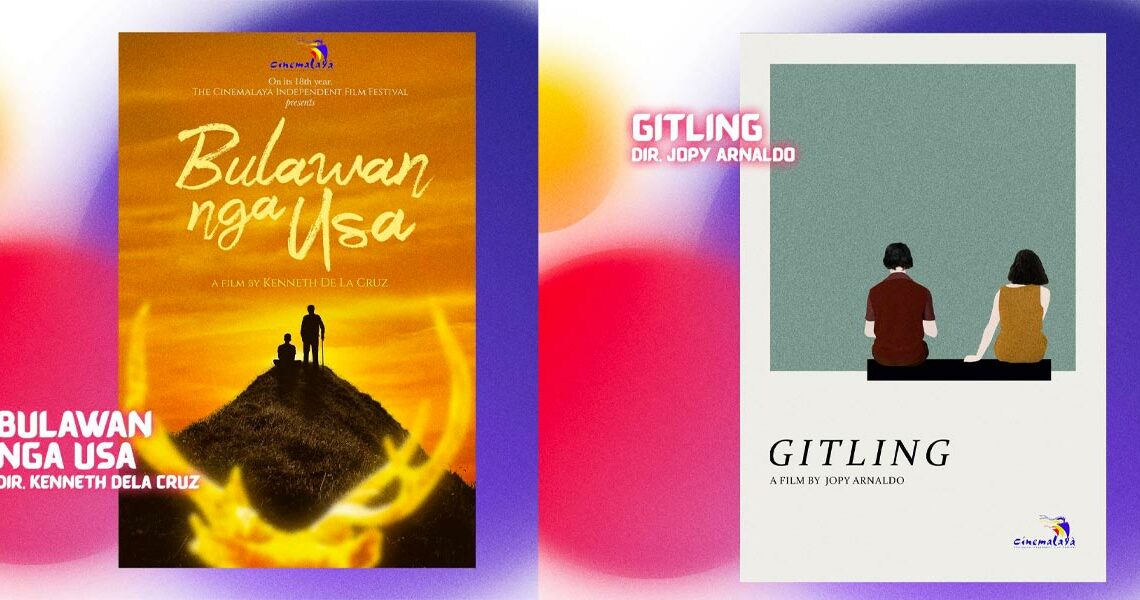 This year’s IRL Cinemalaya Film Festival went by in a blink of an eye. Although we’ll still be served with virtual screenings of this year’s film roster from Oct. 17 to 31, we can’t help but be curious about how next year’s stories will unfold. Luckily, the organization itself resonates with what we feel and decided to unveil the next edition’s lineup, complete with posters and synopses.

To pump us up, here’s a first peek into the 10 competing films for Cinemalaya 19, with themes exploring self-discovery, romance, and more. Any early favorites so far?

Composed of an anthology of scenes that depict that war, terrorism, and politics in the Philippines, this film follows student Jose who leaves home to join the armed movement. When his school’s chancellor discovers this, he confronts his professor Victor, whose principles and courage are put into question after an argument. One day, Victor learns that Jose has been killed by the renegade police chief, prompting him to take action.

Gemma Watson, a social media influencer trying to keep her followers interested, meets James, a struggling musician who suffers from depression. They get into a relationship carrying the mutual intent to capitalize on each other—James being painted as a perfect romantic partner on Gemma’s platform, and Gemma being James’ way to further his music career. Eventually, the line between real love and exploitation blurs.

In order to escape reality, a young man goes up a mountain. Here, he faces events that tread between mystery and self-discovery.

To create Ilonggo subtitles for a Japanese film premiering in Bacolod, a young interpreter/translator works with a middle-aged Japanese director. Both in a state of loneliness, these two form an understanding friendship as they interpret more than just a film.

VHS tapes are what young Andoy resorts to in finding his long-lost father. Set in the summer of 2001, the 16-year-old boy witnesses a different reality when two movie-like characters appear in their hometown.

An overseas Filipino nurse gets deported after being a victim of illegal recruitment. Instead of returning to his hometown, he stays in Manila to join a syndicate and earn from activities that include harvesting organs from dead ambulance patients.

Upon transferring to a Catholic school, an awkward six-foot teenager discovers that there is no basketball team. This forces her to learn volleyball instead. Things change when she meets the star player.

“When This Is All Over”

An unexpected friendship forms between a rich kid slacker and a breadwinner from the working class. Weighed down by the pandemic and society, they resist together—by throwing the biggest rave during lockdown.

The synopsis is currently unavailable as of writing.

Dive into stories of an indie rock band, an impostor child, and more in Cinemalaya 2022’s full-length lineup

SHAREAs a young woman in a predominantly conservative country, I had always thought...

SHAREWhat’s the key to athleisure? We believe it’s a focus on what attracts...

SHAREShirebound and Busking is back with a new song in store for everyone....