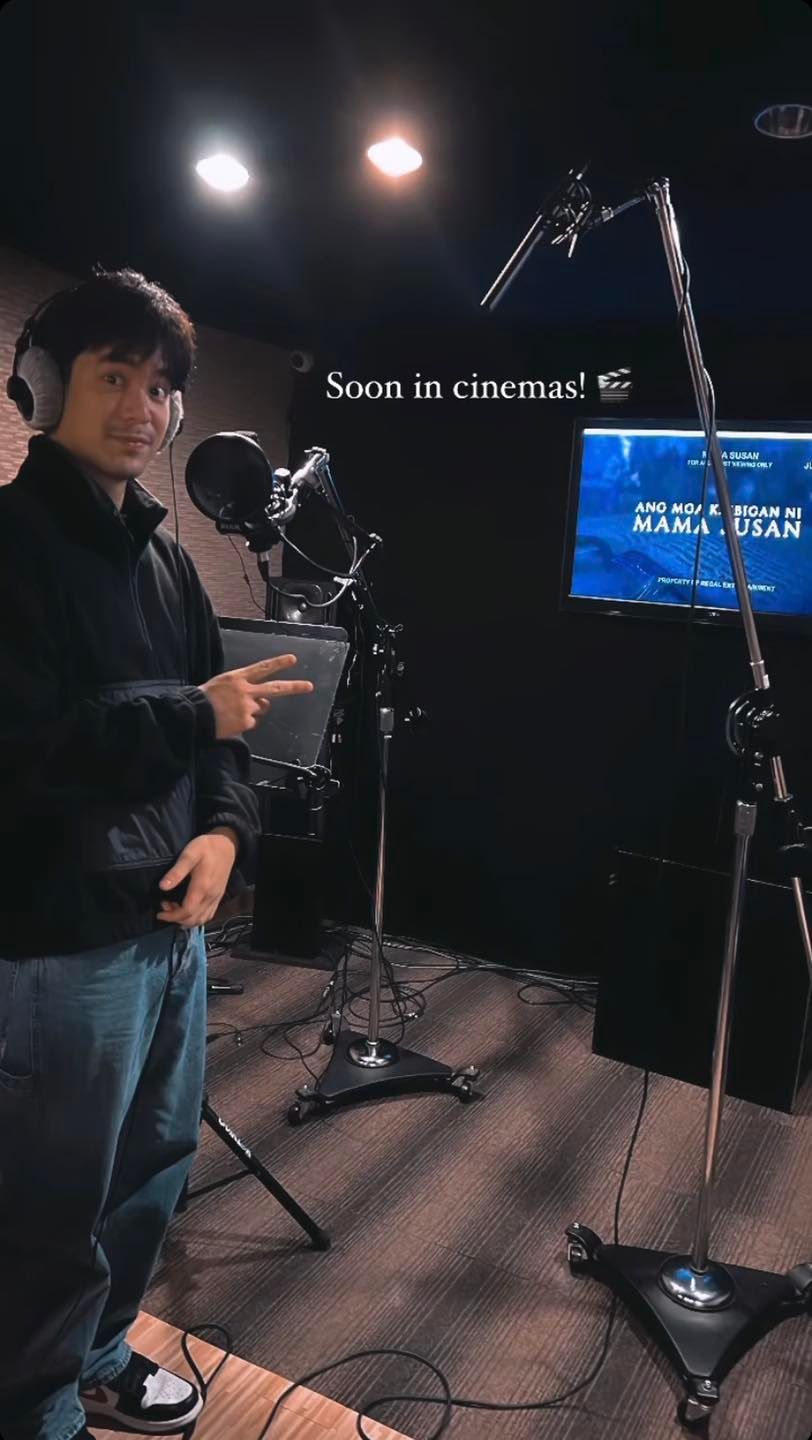 “Soon in cinemas,” lead actor Joshua Garcia clued us in via his Instagram Story last Aug. 16, while doing what looks like a dubbing session.

The news of this co-production by Black Sheep and Regal Entertainment first broke in February 2020, revealing Joshua’s role as student Galo Manansala. In the horror novel set in the ’90s, we read Galo’s chilling journal entries as he dissects the mysteries surrounding his grandmother, the titular character Susan.

The film’s look test already teases the story’s murky atmosphere, thanks to its cast led by veteran actress Angie Ferro. The rest of the ensemble includes Patrick Quiroz, Kelvin Miranda, Henz Villaraiz, and Miko Gallardo, among others. And of course, with Chito Roño—the director of local horror classics like “Patayin sa Sindak si Barbara” and the 2022 “Darna” series—at the helm of this, expect some goosebumps as a treat.

ICYMI: Here are some photos from #MamaSusan Look Test!

While we wait for a specific date, here’s an essay penned by yours truly, documenting that groundbreaking moment when I found out Joshua was shooting scenes from the movie just a few blocks away from home.

SHAREBy Celene Sakurako If art and history is your thing, then The Sketchwalk...