There is so much quirky lyricism in the music our idols produce. Their songs can be an ode to their world-building journey, pandemic boredom, first heartbreak, and aliens and zodiac signs. We don’t mean to be nosy, but sometimes we get curious about how they craft their cathartic melodies. It’s safe to say they pass through unique warm-ups to amplify their emotions.

Speaking of preludes, this Bangkong-based duo has a cool way of doing it. Let me formally introduce you to HYBS (Have You Been Shrimp), an indie-pop band formed by two long-lost friends who make steaks to produce music. 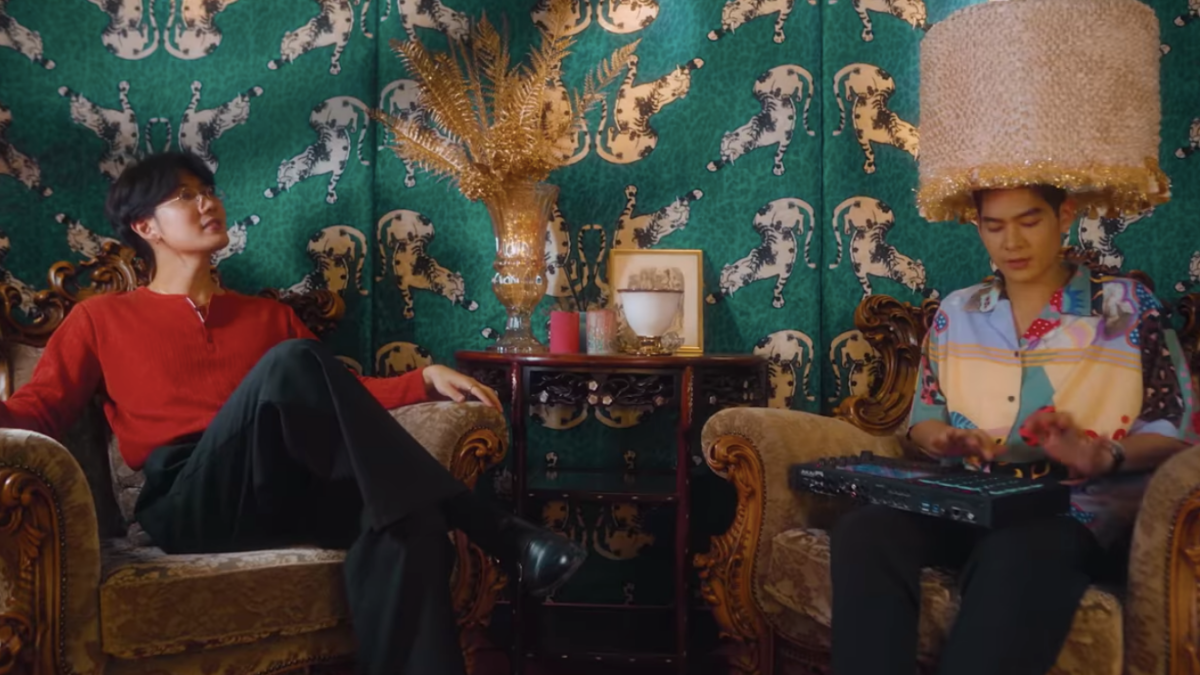 Since their debut in October 2021, James and Karn have released four singles: “Ride,” “Dancing With My Phone,” “Go Higher,” and “Killer.” After cooking up a strong following—in the thousands on their social media pages—and heaps of listeners, HYBS has progressed to producing an album.

The title of their first LP, “Making Steak,” isn’t strange as it seems and is actually pretty straightforward about what they do together.

Released on Sept. 1, it carries a new mix of alternative and indie pop tracks: “Run Away,” “Would You Mind,” “Rockstar,” and “Prettiest to Me.” Their four earlier songs are also in the album.

In this week’s Scout Friday Picks, we caught up with James and Karn to take a peek into their “HYBS vibes.”

How the long-lost friends reunited

If the pandemic taught us how to make dalgona coffee, ube cheese pandesal, and Korean garlic cream cheese bread, for these two artists, it brought them reconnection after eight years. Spending time together during lockdown allowed them to find solace amid the uncertainty and isolation they were feeling.

“We were lonely, and then [Karn] called me… asked me to make some music with him for a Reel, on Instagram,” James tells Scout.

“And from there, people seemed to really like it and a lot more people shared it than we expected. We thought that this could be our opportunity to try this out.”

Set to create music together, the result of the initial meeting was unexpected: James and Karn just played video games the whole day. Despite that, the second attempt of their song-making agenda was a success. Little did they know that the doors would finally open for their music career as a band.

“The next time around [Karn] came, and we managed to release a song on Reels—just a short clip first. And from there, people seemed to really like it and a lot more people shared it than we expected. We thought that this could be our opportunity to try this out,” James recalls.

“70% of the time we spend [time] on making steak, setting the mood, getting the lights right, getting the candles, and after we finish our steak, we start to write music.”

Going back to steaks: HYBS always seems to be on an intimate date that involves ambient lighting and cooking at home. James and Karn abide by their mantra: “We let the steak, we let the vibe.” After absorbing the mood from their meal, they start composing. This ritual of music creation gave birth to the title of their album.

James explains, “70% of the time we spend [time] on making steak, setting the mood, getting the lights right, getting the candles, and after we finish our steak, we start to write music—for like two hours max, and then we go back to making steak. So that’s why our album is called ‘Making Steak.'”

“We just let our vibes sink in and see what’s going on. Setting up lighting, lighting candles, and cooking. We spend most of the time in the kitchen and chill,” Karn adds.

As for what comes out of those vibes, HYBS incorporates their personal memories into their compositions, which are accompanied by their mutual love of neo-soul themes.

“We can be ourselves truly when we’re together… We have been working without feeling like we have to hold back.”

HYBS can count on their friendship in brainstorming quality ideas for their creations—they jam out and go through their thoughts until these translate into music. “We have no boundaries when we talk,” Karn says as they open up about how their bond informs their songs.

“I feel like we can be ourselves, truly, when we are together, so it’s easy for us to just jam out and bounce ideas. We have been working without feeling like we have to hold back,” James adds.

Now, it’s time to know what lies behind the acronym HYBS. Trust us, it’s not rocket science.

HYBS stands for Have You Been Shrimp. The duo coined this term from a Prime Video show they’ve been binge-watching—a Thai guy who asks random people, “Is the krill the same as a shrimp?”

This became an inside joke for James and Karn. When you say “krill” in Thai, it may also mean “have you been?” Every target of this show would mishear the question, thinking they were asked if they’ve ever been a shrimp.

That joke cracked them up, and at the same time, they had to come up with a band name real quick. They shortened it (Have You Been Shrimp = HYBS) and thought it would sound pretty cool if pronounced as “haybs,” like a combination of vibe and hype.

James and Karn as “HYBS”

“When we say HYBS, there’s no any role, and it’s just him and me. Doing our thing, being ourselves.”

The duo can also be seen on screens. James played Ton in the short drama film “Love in a Negative” in 2018, while Karn has starred in shows like “Views of Love: Grey Rainbow” in 2016.

Despite playing various characters, James and Karn tell us that being an actor is the “farthest” version of themselves. Being a member of HYBS allows them to bare their true persona.

“When we say HYBS, there’s no any role, and it’s just him and me. Doing our thing, being ourselves,” Karn says.

“To be honest, I can hardly remember the character of that guy. But HYBS is true; it’s just me. I’m not acting in HYBS,” James states. 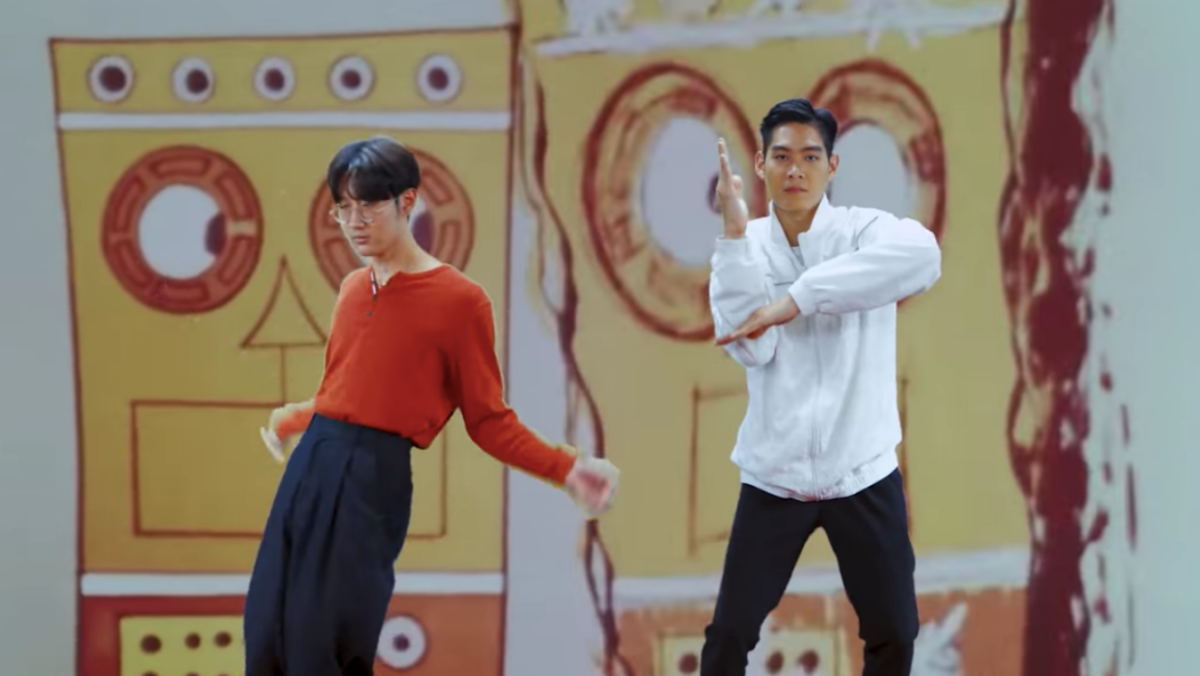 It looks like being their true selves has paid off: In a short span of time, HYBS has already risen in the global indie music scene. They’ve quickly become a fan favorite among listeners in Southeast Asia and other countries with their easy-flowing melodies and relatable lyrics.

Despite starting with eight tracks, they have amassed oodles of listeners—reaching over a million monthly listeners on Spotify.

We, Filipino fans, can now celebrate as James and Karn are down for a Manila performance.

James says, “Oh, we love to [visit the Philippines]. No confirmed dates yet, but we’re working on it. We’re trying to organize a tour, at least a Southeast Asia tour. The Philippines is definitely somewhere we wouldn’t miss.”

SHAREFor those who haven’t quite gotten around to fulfilling their New Year’s fitness...

SHARE2019 is arguably the age of progressive youth. More and more people are...