FYI, we’re finally seeing the 4K restored version of ‘In The Mood for Love’ 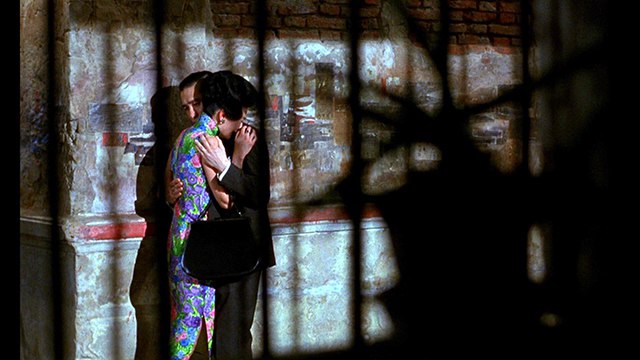 From fashion shoots and personal creative outputs to actual film shitposting pages, everyone can attest to the longstanding legacy of Wong Kar-Wai’s filmography. Unfortunately, most of us weren’t aware of this phenomenon yet (or were just too young) during its release era, a.k.a. the ‘90s to the early 2000s. What was it like watching a film of the Hong Kong cinema auteur in the theater, especially during the time of its release?

Luckily, this year’s QCinema International Film Festival is giving us the opportunity to fulfill that fantasy. Happening from Nov. 17 to 26, one of the festival’s agendas is to screen the 4K restored version of Wong Kar-Wai’s “In The Mood for Love,” starring Tony Leung and Maggie Cheung.

Usually praised for its stunning cinematography and melancholic yet complex storyline, this Asian cinema classic follows a man and a woman who discover their partners are cheating on them with each other. The movie’s restored version was first unveiled in 2020 and blessed some film fests globally. I don’t know about you, but it’s the perfect time to actually pretend it’s the year 2000 (its release date).

In their goal to serve us restored versions of iconic films, our own local gems “Kisapmata” (a 1981 psychological thriller) and “Itim” (a 1976 horror classic) by veteran filmmaker Mike De Leon will also grace the QCinema screens. In May this year, newly restored “Itim” had a sold-out screening at the Cannes Film Festival and was applauded by critics.

These three films will be screened in QCinema’s Digitally Restored Classic Section. It’s a good time for film nerds out there.

Still from “In The Mood for Love”

SHAREWe should get used to this by now: Smokescreens and mirrors. While our...