Touchdown, IRL theater resurrection era. After trying to keep up with shows virtually, we are now back as the live audience, ready to witness fresh stories and reruns of our favorite tales on stage again. While the list of upcoming titles may look overwhelming, it wouldn’t be a surprise if Philippine Educational Theater Association (PETA)’s comeback play would catch your attention right off the bat, just by its name: “Walang Aray.”

If it rings a bell, your instincts are correct. It’s an adaptation of the classic 1898 zarzuela “Walang Sugat” by Severino Reyes. Decades later, Severino’s great-grandson and filmmaker Jun Reyes would commission prominent playwright Rody Vera to pen a screenplay: “Walang Aray” in 2007. However, things didn’t go as planned for what originally was posed as a musical film—it was “shelved and for more than ten years[,] it remained in the ‘baul,’” Rody reveals.

Fast forward to 11 years later. After presenting it to PETA and making necessary changes and adjustments for its musical farce transformation, “Walang Aray” finally made its stage debut at the PETA Lab show in 2018 and 2019, directed by Ian Segarra, with original music from Vince Lim. Now, it’s scheduled to run from Feb. 17 to May 14, 2023 at the PETA Theater Center. 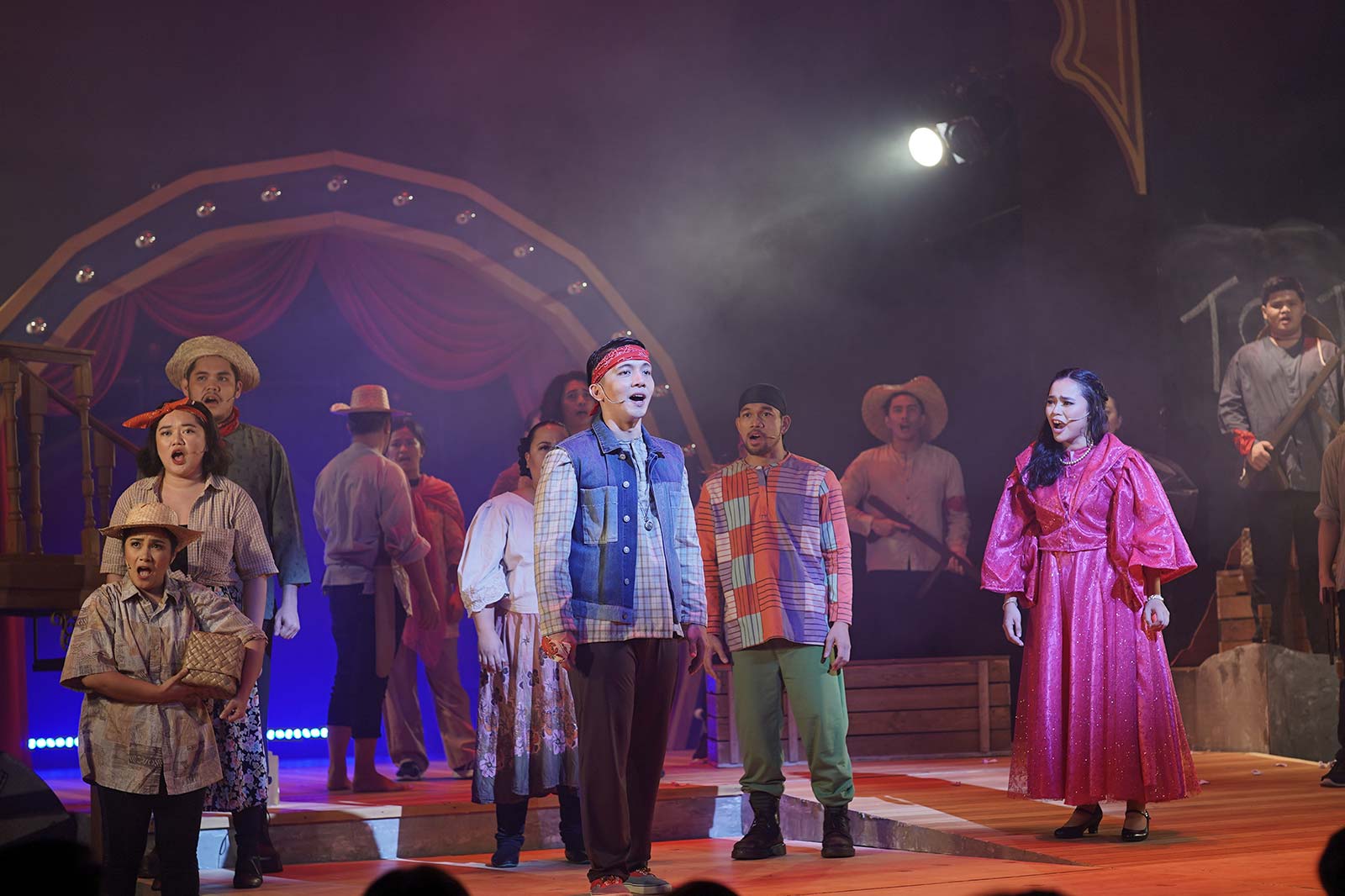 But its long-running historical context isn’t the only interesting bit of it. Just like the tale’s rebirth today, its storyline is also past-meets-present. “Walang Aray” follows Tenyong and Julia, a young star-crossed couple, navigating their lives and fighting for their relationship in the thick of the Spanish occupation in the Philippines. In the media preview I saw last November, it’s easy to be transported to that period because of the well-thought-out costume design, immersive visual elements, and signs of the times scattered throughout intriguing dialogues and lyrics of their loop-worthy songs in pop, hip-hop, ballad, and funk. 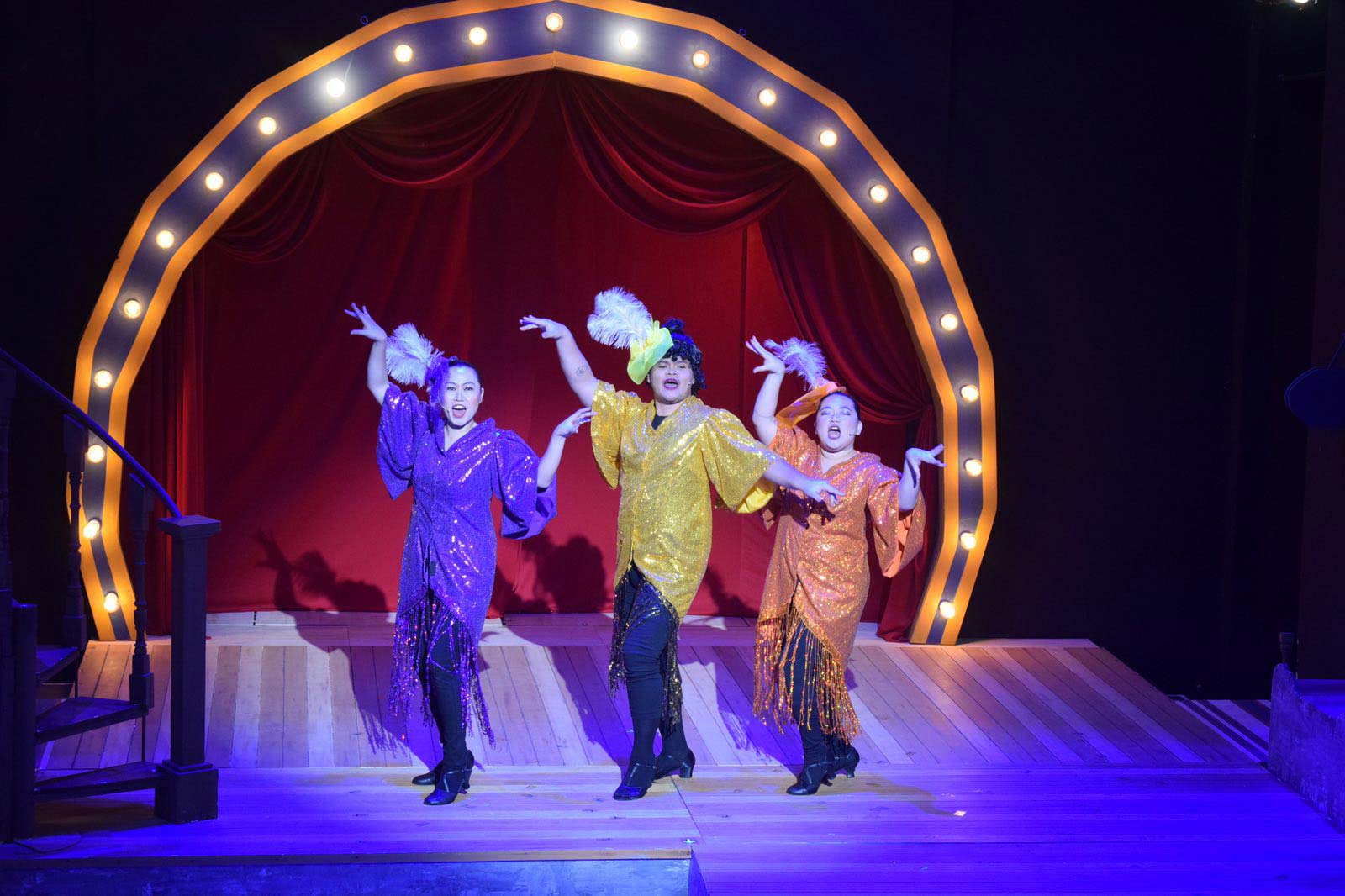 On top of that, it lays out the external forces that conspire against Tenyong and Julia and their community: Oppressive leaders (and the unjust systems that enable them), sexism, socio-economic inequality, and the archaic mindset that young people aren’t capable of making good decisions, even just for themselves, and more. But instead of being overwhelmed by all these layers from a story set centuries ago, what makes it easy to connect to is the play’s injection of today’s internet language—inside jokes and expressions familiar to the chronically online—in a tongue-in-cheek and also amusingly exaggerated fashion. Suddenly, you’re reminded of how these issues still (unfortunately) remain today.

“The hypocrisy, the power trips, hidden desires, deceptions, and idiosyncrasies—they’re all still here. And I think that’s exactly what makes the ‘slight’ adjustment from the original zarzuela relatable to us today,” Rody explains.

Notes from Tenyong and Julia

Seated for a bigger peek into the story? I cannot spoil you further, but I did have a quick chat in PETA with those who wear the shoes of Tenyong and Julia: Gio Gahol and Marynor Madamesila, and their alternating pair, Star Magic love team KD Estrada and Alexa Ilacad. What are their biggest learnings from “Walang Aray,” both from the production and the characters they portray? 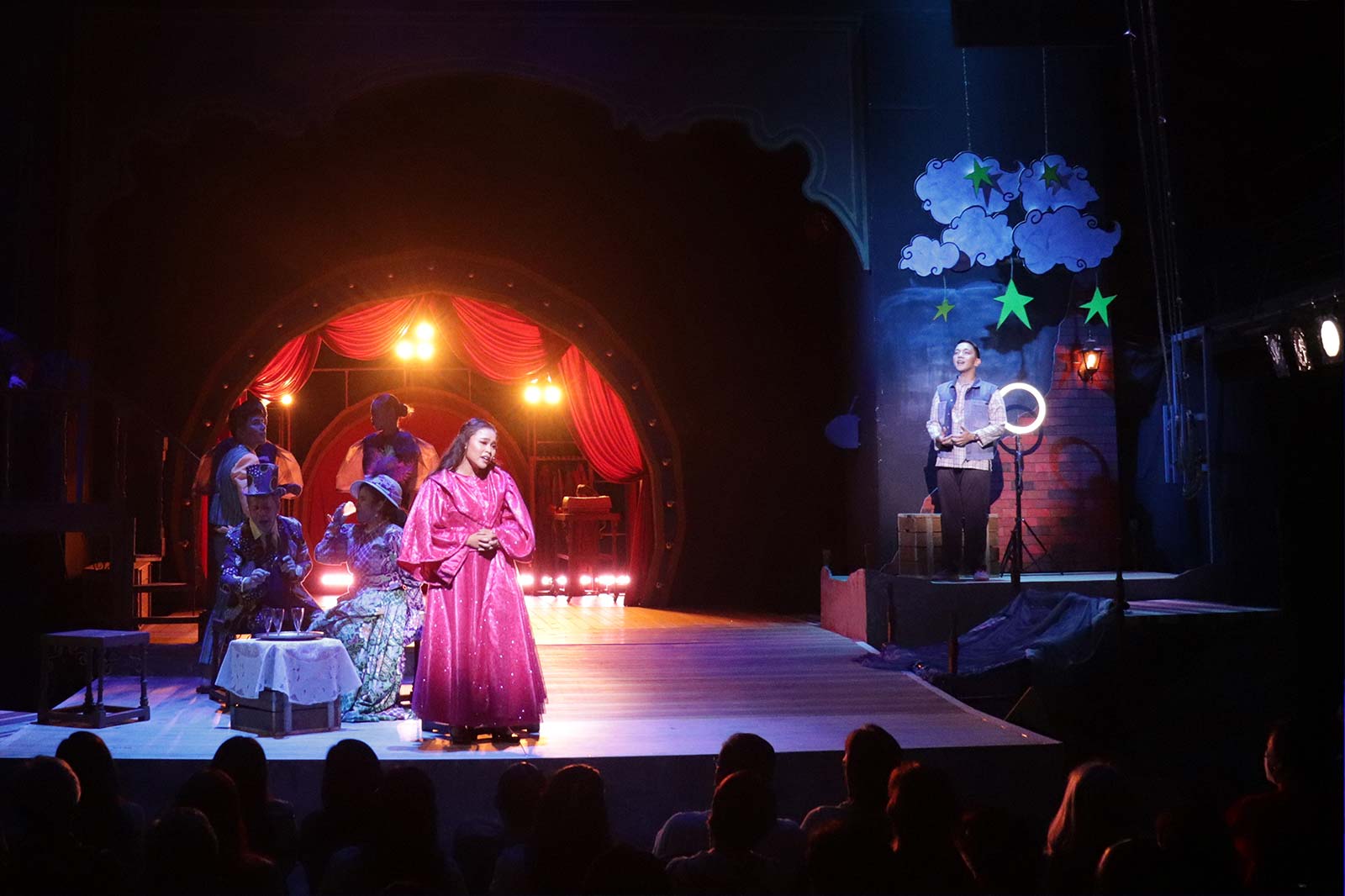 Gio agrees to this. “It’s really a lot of being able to trust the people that you’re working with, and as long as you have a common objective, which is to be able to produce a show with a lot of limitations—and I mean a lot of limitations. But you know, [it’s also] holding onto the strengths and every single day, checking in on each other, making sure that we’re headed towards the objective and not backtracking.” He eventually points to the whole cast and production crew: “This is the strength of the production. The people we are working with.”

After studying the strengths and weaknesses of their characters, Alexa mentions a takeaway beyond the self. “Maybe for me as Julia, I think it was evident in the whole story how love conquers all. May it be para sa bayan, para sa pamilya, o para sa significant other mo (May it be for the country, for your family, or for a significant other). And that if you both have—” Alexa gets cut by kilig-driven noise erupting from the theater. “If we all have that common goal—like what [Gio] also said about being in production, you can all achieve success. If all work together and [share] that love for that certain thing.” 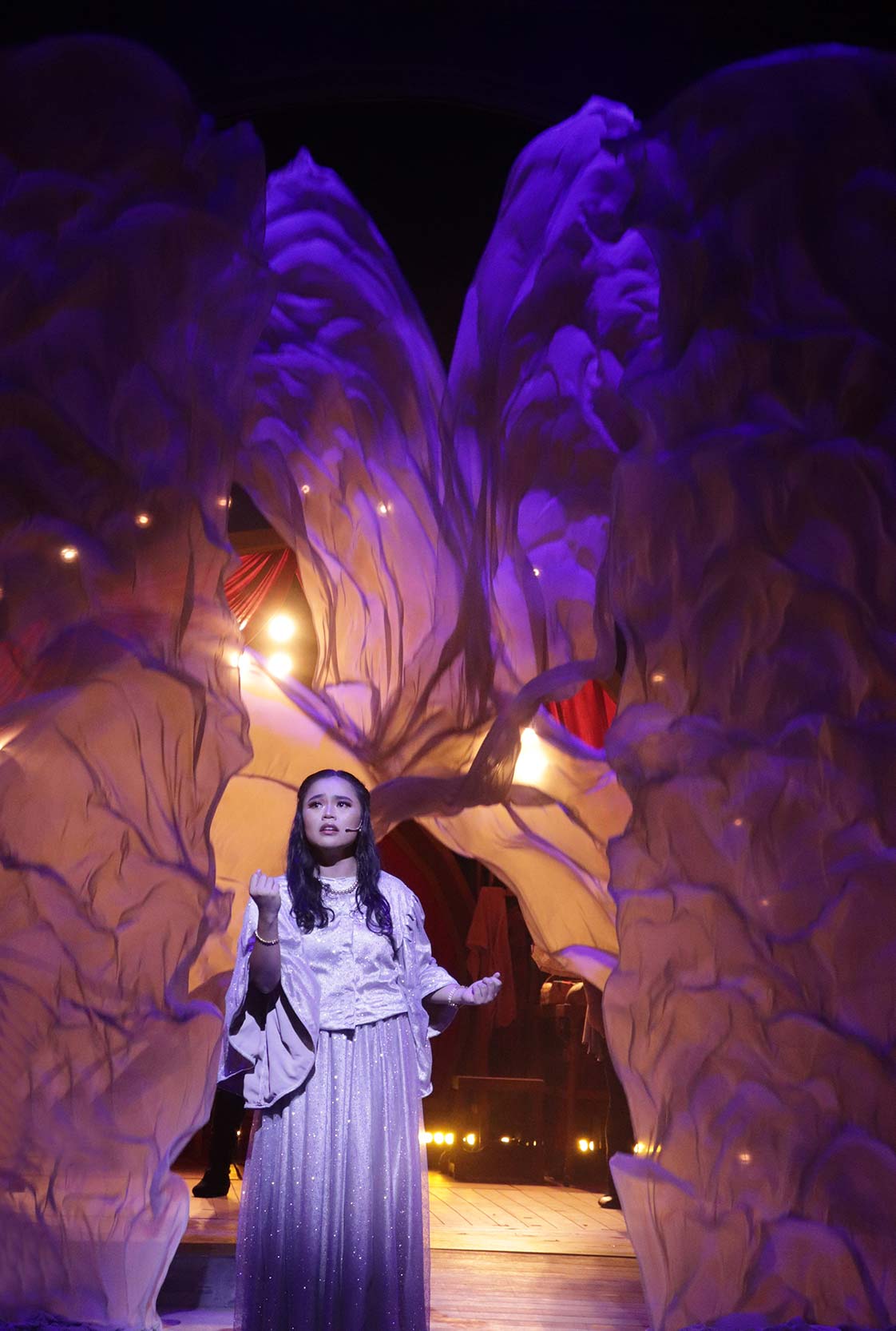 Meanwhile, KD references a funny incident in the story. “What I learned from Tenyong… this is a spoiler, I know you’ve seen the preview and you didn’t see the actual thing. But [it’s], ‘if there’s a will, there’s a way.’ Pag may gulong, may daanan.” Well, you’ll have to see the whole thing to get what he means.