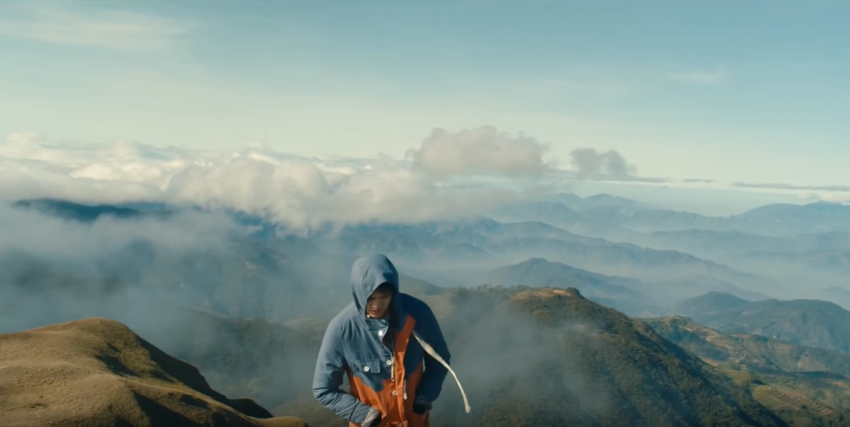 The world may seem topsy-turvy as of the moment with buzz words such as Trump Wall 2017, #MarcosNotAHero, extra-judicial killings, and don’t get me started with tweets like “packing up my bags and leaving the Philippines.”

Amidst all these chaos, we shouldn’t get ahead of ourselves by leaving. I was talking to my friend the other day on whether he had plans on leaving the country, since he was the type who really expressed his opinions on social media. He answered back in a way that I didn’t expect: “the Philippines can be a shit hole, but it’s still my shit hole.”

And that got me thinking. The Philippines isn’t so bad after all, despite the end of the world feels; so what better way to rekindle our patriotism and forget about irrational politics, by taking a breather around the country? You’d be surprised with the picturesque landscapes and eccentric experiences that our country has to offer, and these indie films definitely hit the spot. Pack your bags, people, but we’re going around this place. Our short list will make you flee your worries and spell out #soulsearching in no time. 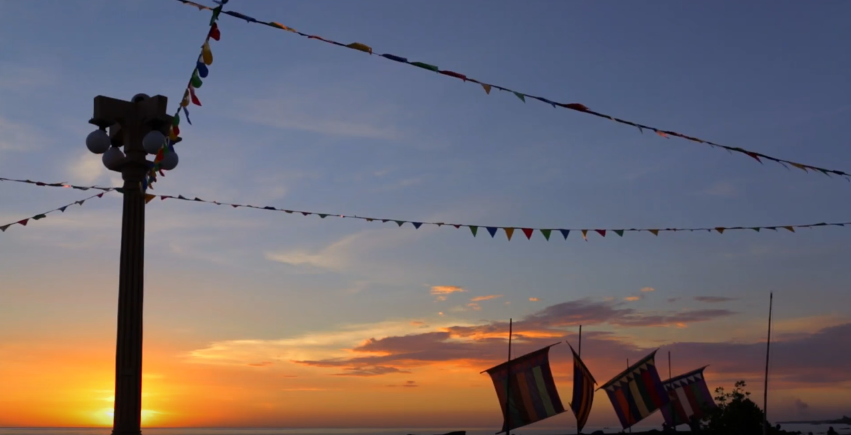 Where do broken hearts go? To Zamboanga, Siquijor, Ilocos, and Batanes. Forget your worries and let director Ice Idanan take you to around the Philippines in lieu of your heart aid. This indie film shows how Cielo (Alessandra De Rossi) gets over her breakup through these wanderlust spots, making your problems feel like bliss.

Ever had that barkada moment when all of you want to go on a hike, but have no idea where to go? Let Pepe Smith and Ruru Madrid (Andy) show you how it’s done. Directed by Pepe Diokno, Above the Clouds takes place in Mt. Pulag in Benguet through the journey of Andy and his estranged grandfather over loss and guilt. The breathtaking view will definitely take you up in the clouds.

Aside from Baron Geisler asking us to visit his boxing match at Ace Hardware, Waves is a mood piece that shows a tangled love affair at Mangeguey Island in Palawan and Oslob, Cebu. There really is no definite plot twist but its atmosphere and original sound make us want to dive in to the unknown with these untouched locations.

We’ve already more than said our piece about Apocalypse Child, but it’s showing again, so here’s another try. Escape to the land of Baler, Aurora, where surfers and lovers collide. Made by Mario Cornejo and Monster Jimenez, Apocalypse Child is one of those rare beauties that tells the story of Ford (Sid Lucero) through his unravelling confrontations of the past and wasted youth. Aside from the real-to-life characters, let him take you around Lindy’s Point, Canili Dam, Secret Spot, Aniao, and Baler’s distinct waves found nowhere else. You’ll be itching to surf in no time, we promise.

Who knew a writing workshop in Mt. Makiling? can spark (pun intended) a film that shows the love story of a crumbling 20-year marriage? Directed by Giancarlo Abrahan V, this award-winning Cinemalaya entry has to be re-watched because of its scandalous plot twists, sexual awakenings, and must-see locations that complete its excellent cinematography.

The Philippines will never be complete without its ancient traditions as Denise O’Hara and Roderick Cabrido definitely hit the spot with this art drama. Find yourself in eerie Antique, where the film shows the struggle between generations of tradition and modern age. Trust us, Nora Anour did an amazing job of persuading us to chill with Pina-ilog’s serene village in the island of Panay.

You’ve probably heard endless stories of how San Juan, La Union is synonymous to quaint, art, and being laid back, and this film surely captured just that–and more. Through the direction of Jay Abello, Flotsam is a wave of love and good vibes that show the local surf lifestyle punctuated with eight sun-kissed love stories. Why not experience your own? 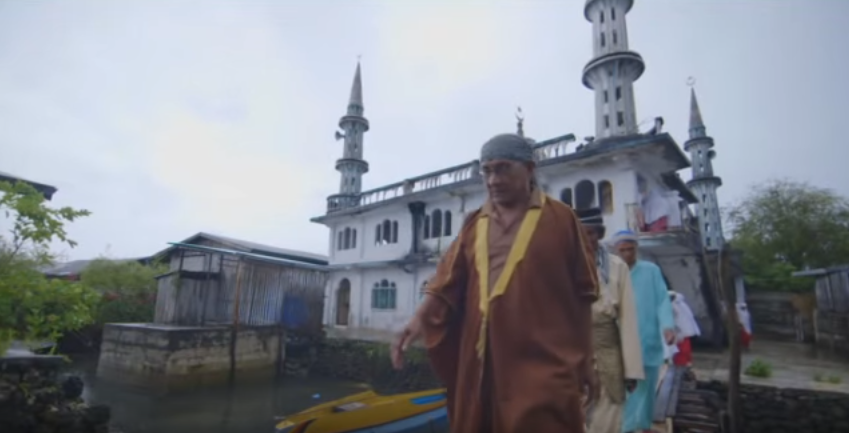 On the other side of the Philippines, this award-winning indie film brings us to faraway Tawi-tawi, through the eyes of a middle-aged Badjao woman (Nora Aunor). Its colorful traditions make up a lot of the movie’s artistic merit,  showing aesthetically-pleasing locations worth everyone’s visit. Low-key yet jaw-dropping in its beauty, Tawi-tawi (if you’ve got the nerve for the trip) is a must for those curious cross-cultural travelers.

Lakbay2Love is, to sum it up, an unusual road film that will take you from La Mesa Dam and Timberland Heights in Rizal, all the way to Benguet on two pedals. As cheesy as it may sound, who knew Ellen Ongkeko-Marfil’s film can take you through the Sierra Madre mountain range to Mount Ulap in Benguet, all in the name of love? 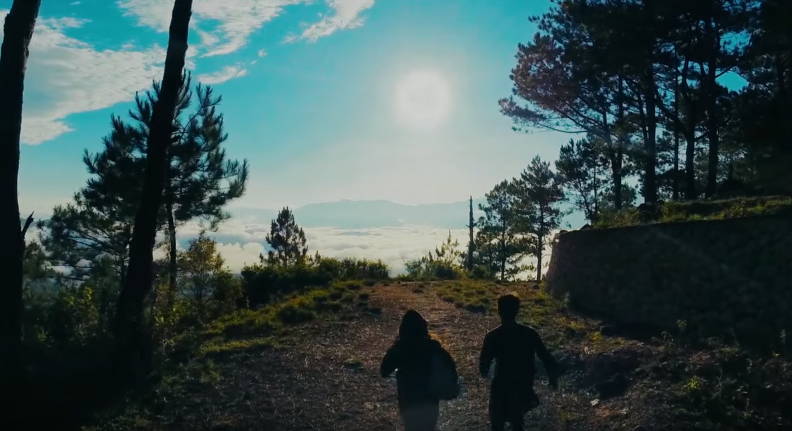 Of course, we wouldn’t miss out on this reigning hugot film, even though we’re kinda tired of it (cue scene, “Pag may dumaan na shooting star, ano i-wwish mo?” “Sana hindi ko na siya mahalin”). Before Sagada in the Mountain Province skyrocketed to its tourism glory, That Thing Called Tadhana shows a trip to mend the broken hearted. Get those thick jackets ready and prepare yourself: from the breathtaking Kiltepan Viewpoint to the quaint coffee shops perfect for your deep heart-to-heart conversations. 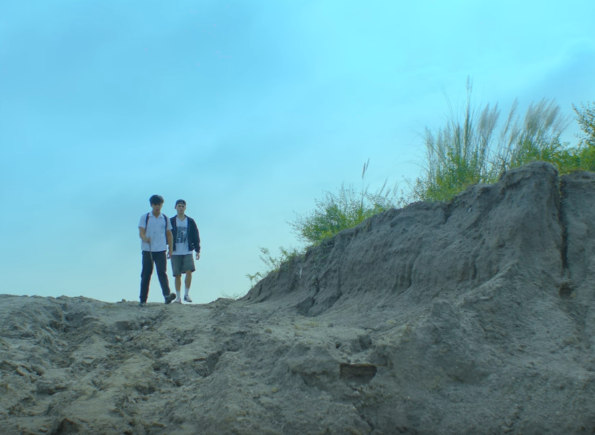 Of course, we absolutely had to. We just saw it last night, and if anything, it’s a powerful case for Kapampangan cinema and the barren beauty of the territory ravaged by Mt. Pinatubo. 2 Cool 2 Be 4gotten is showing now. Go see it.

SHAREIt’s two days after the 2019 midterm elections, and the spirit of revolution...