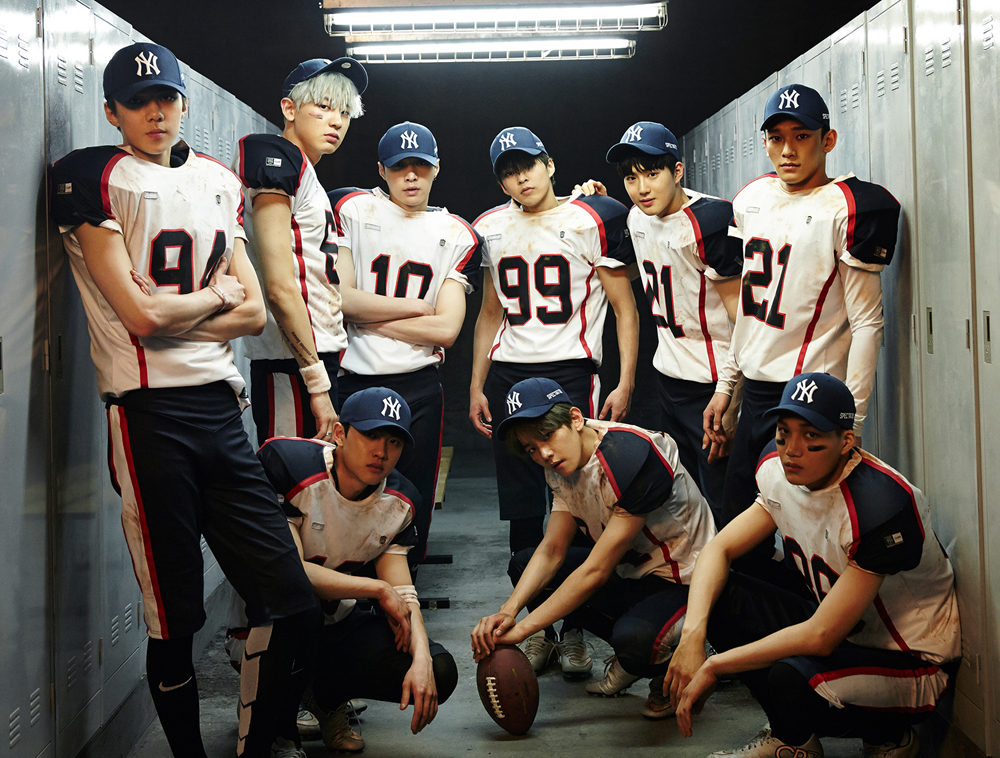 Last year’s #EXOLuXioninManila was a 2-day spectacle to behold, with the Mall of Asia Arena filled to the brim with screaming fangirls and fanboys as EXO performed their first solo concert in the Philippines–full production scale included. This weekend, EXO is coming back with Exo’rdium in Manila for another 2 full days of the concert.

Like everyone else, I lined up (or more like, gave up lining up because of the length of all those lines and just resorted to purchasing via Ticketnet’s website) for tickets and shelled out a good amount of my salary to get quality seats. And I am more than hyped up for this concert; we’re hopefully finally going to see Yixing in the flesh and Jongin dance onstage. For ya’ll going on Saturday or Sunday or both days, here are a bunch of EXO songs to get you in the mood for their show here.

Or if you’re #TeamBahay, I guess you could use these songs and have your own mini concert at home.

It’s quite unfair that 90% of the tracks off MAMA got their own teasers/music videos, but “Machine,” which is a solid piece overall, got absolutely nothing. This is a great dance track (Baekhyun’s vocals are phenomenal here) that’s come to be known as MAMA’s dark horse, and I’m glad it’s still being performed a lot in their concerts, unlike the other songs on this EP.

A lot of EXO-Ls agree with the statement that “Black Pearl” should’ve been XOXO’s single instead of “Wolf.” While “Wolf” is the iconically disastrous single that fans enjoy poking fun at now, “Black Pearl” has garnered following on its own–which is why “Let Out the Beast” is here instead of that. I don’t know about you, but everything about “Let Out the Beast” screams H Y P E, from its pumped up opening beats until its end. I personally love singing to this in the car just because it’s so wild (get it?).

This was love at first listen for many when SM dropped Xiumin’s video teaser for EXODUS. “Hurt” is a sad but sensual track that just wasn’t appreciated enough. But how could you not appreciate all those body rolls whenever they perform this song live. How could you NOT.

4. “My Turn to Cry” from Miracles in December

I’m not a fan of ballads but “My Turn to Cry” is one of the very few exceptions that I have saved on my Spotify account. Maybe this song isn’t as underrated as the other ones listed here, but I do believe it’s a far superior track than their Christmas single “Miracles in December.” Great to play on a rainy Sunday morning. It’s also reminiscent of f(x)’s “Goodbye Summer,” which features D.O!

This song is seriously too catchy not to have its own music video. I guess you could say that this is the “Black Pearl” of the Overdose album. It’s got R&B vibes that anyone, K-pop fan or not, could jam to. The production is minimalist overall and allows A+ vocals from Baekhyun and D.O to shine through. Even Chanyeol’s got a nice singing part here.

I’m just going to leave this here. All that remixed moaning speaks for itself.

7. “Tender Love” from Love Me Right

“Tender Love” isn’t talked about enough! This track is a jam and features production nods to 70s dance songs. It’s an appropriate sonic sequel to “Love Me Right,” and is also vastly underrated. Actually, “Love Me Right” (which is one of my favorite EXO songs) itself is an underrated single, along with “Lucky One.”

“Tell Me What is Love”

As I’ve said multiple times before, I’m a true and loyal Kyungsoo stan, and I’m putting this here because I can (!!!). This song is sexy AF and deserves to be played in every EXO concert there is. Remember this performance? Yeah, the one with aerial silk acrobats performing in the background? Unforgettable. SM, give this man a solo album already. I’m ready to throw all my money at you if this happens.

Which EXO member are you most excited to see this weekend? Tweet us at @scoutmagph.

SHAREWe’re all humans who make oopsies every now and then. Last week, it...