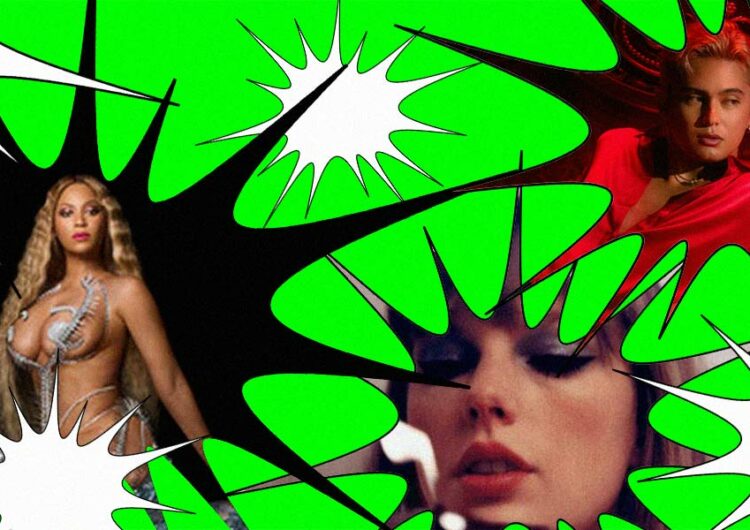 In a year of week-long Billboard hits, “I didn’t see that coming” collaborations, fan wars, Spotify Wrapped results (you still haven’t made peace with), resurrected gigs, and even more resurrected concerts, the most intimate listening sessions remain us being curled up with our headphones, indulging in every track of a new album we put on loop. Maybe it’s because of the sound, the lyrics, or an exciting element it serves, but one thing’s for sure: If you’ll look back at 2022, this album will instantly pop into your head. In a good way.

In our second edition of Scout Recap, we make our case again. The Scout team listed down the albums that pretty much defined 2022—from local full-length creations, to Grammy-nominated titles of the pop stars we know.

Welcome to Harry’s third studio album, where he ushers us into his warmest abode and convinces us to overstay. With its textured soundscape and well-paced storytelling, we see the superstar become a shapeshifter: From a lovelorn wine-sipper who has kept your family trauma secrets to, well, a half-squid in a sushi restaurant. It’s fizzy, freaky, and one for the (pop history) books. – Jelou, associate editor

When Beyoncé said, “I’m one of one, I’m number one, I’m the only one,” I believed her. Six years after her monumental album “Lemonade,” Beyoncé graced us with a dance album that highlighted Black queer and trans culture, seamless transitions, and Bey’s mastery of music overall. – Yel, designer

“Hold The Girl” by Rina Sawayama

In a nutshell, “Hold The Girl” is a vulnerable, introspective album that combines pop and poetry, imbued with ’90s alternative rock and ’00s disco pop elements. While most of the tracks are campy and effervescent, they deal with heavy topics like mental struggles and past trauma that other pop songs rarely touch on. – Kleo, junior content creator

“BORN PINK” is a collection of bomb EDM and hip-hop tracks screaming self-confidence, and a summarization of my 2022 mood. One of its tracks “Shut Down” is a total anthem whenever I feel empowered throughout the day. Meanwhile, “The Happiest Girl” is my default bop on days I need a good cry (just because). – Justine, junior content creator

Zild’s third solo album made me relive my angsty and edgy teen phase. But its impact is more than just nostalgia; this authentic reconnection has long been overdue in riding the current harsh waves of life. “Crab” has an unexplainable gut-punch, while I easily let “Oh Lunes Nanaman” define my 2022 (I mean, why not?). – Mikey, multimedia artist

If “1989” and “Red” had a lovechild, it would be “Midnights.” The 13-track record is a seeming homage to Taylor’s pop roots with subtle hints of her “Evermore” and “Folklore” sound. According to the singer-songwriter, “Midnights” was a product of “13 sleepless nights” scattered throughout her life… and I can only wish to be as productive as her at midnight. – Kleo, junior content creator

What do we get after this Indonesian musician handed us the duplicate key to her lockable diary? A vivid processing of our “ugliest” feelings—like regret and resentment—and acknowledgement of experiences we’d rather not talk about (even if we didn’t even go to the same high school as her). Tweets claiming NIKI being a genius lyricist definitely didn’t deserve to stay in the drafts. – Jelou, associate editor

After pushing the boundaries of modern pop with her last albums and EPs, Charli took on a different route with “CRASH.” Her reinvention of ’80s tracks induced with addictive hooks and campy visuals cemented herself as a pop trailblazer. – Yel, designer

One of the world’s biggest rappers—who’s known for his societal analysis-charged discography—sits down and ponders on himself this time. In a therapy session-like structure, Kendrick dissects personal issues, unlearning beliefs, and breaking generational curses, with vulnerability packaged as aggressive declarations and hummable rhythms. While it isn’t easy to absorb his post-hiatus LP right off the bat, it’s eventually one memorable attempt to repent. – Jelou, associate editor

HYBS is one of my favorite fresh discoveries of the year. Stumbling upon the duo’s (mouthwatering) debut LP, their relatable, easy-flowing lyricism and indie pop themes allowed me to breathe out all negative energies—which is the first step towards the important move of cutting myself some slack. – Justine, junior content creator

“Being Funny in a Foreign Language” by The 1975

Despite their musical evolution, The 1975 has kept their momentum. Coming from their previous eye-opener releases that tackle heavy realities we all have to deal with, “Being Funny in a Foreign Language” feels lighter and more fun while powerfully persuading us to believe in love again. – Mikey, multimedia artist

“Jack In The Box” by J-Hope

In this multi-genre, almost theatrical debut solo album, J-Hope keeps a murky atmosphere—an interesting revelation being BTS’ “sunshine”—while he paints a retelling of the Greek myth of Pandora’s box, scours the most hidden corners of himself, and squeezes epiphanies that can make or break a fantasy. Either way, some kind of magic remains. – Jelou, associate editor

In an era when the local rap scene is dominated by aggression, JRLDM’s relaxed but emotionally charged debut album is truly a breath of fresh air. As the album title implies, “Mood Swing” makes listeners go through all sorts of emotions in a span of 30 minutes. It is chaotic as much as it is cohesive, leaving you wanting for more track after track. – Kleo, junior content creator

In this 10-track pop album, James sobers up from the pangs of romance by recollecting and magnifying parts of love’s gradual decay. For years, we’ve been used to his discography as the backdrop of our euphoric moments. Here, his sound actually manages to keep that charm—only now, he’s here during the good times, and also despite the bad ones. – Jelou, associate editor

“DON’T BLAME THE WILD ONE!” by Ena Mori

“Did Ena Mori see through me?” was what I asked myself after listening to her first-ever full-length album “DON’T BLAME THE WILD ONE!” It’s a collection of tracks that address an average young adult’s journey to overcoming self-doubt accompanied by flamboyant synthpop tunes. – Kleo, junior content creator

Massiah’s debut album puts the story of his roots at the forefront. Besides being moved by its sentimental core, the mix of hip-hop, ballad, influence of Afrobeats, and overall soundscape that lets anyone reconnect with the outdoors would fill any void. “Paid for It” resonated with my fresh graduate self: “It was all about grind and hustle / Training mind and muscle.” – Justine, junior content creator

SHAREIt’s been 13 days since the Anti-Terrorism Bill was submitted to President Rodrigo...

SHAREAll of the Noise 2018 was a blast. This annual year-end show by The...