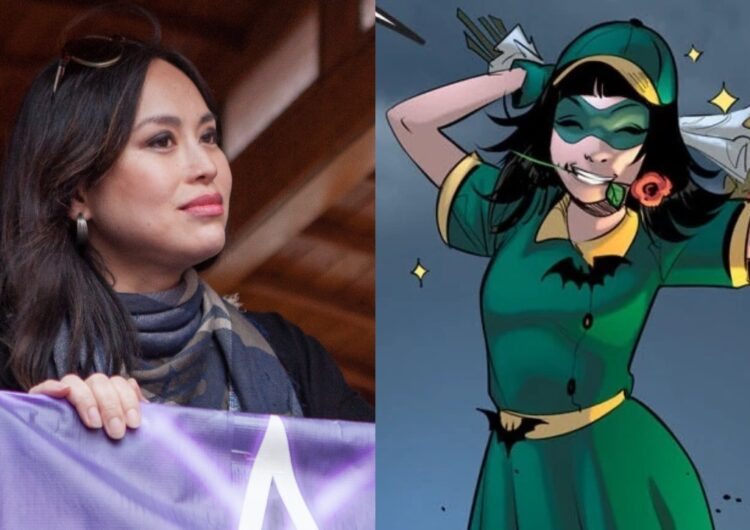 Good news for representation all around, DC peeps: Batgirl has found her bestie, the first trans character in the DC Extended Universe. The plus? A Filipino-American actress is repping her on the big screen.

Aquino’s casting rumors first broke last week, when Grace posted an Instagram Story of her and Aquino on set with the caption “Barbara and Alysia,” coupled with tags and bat emojis.

Ivory Aquino has been confirmed by @lesliegrace via Instagram to be playing Alysia Yeoh!!! 🦇 #Batgirl https://t.co/1Chkg7JOAB pic.twitter.com/Pg5LfH1d5X

Alysia first appeared in print back in November 2011 for “Batgirl” Vol. 4 Issue 1, but her movie debut marks the first major appearance of a trans character in a DC film. While the feature film’s plot is still being kept on the down-low, “Batgirl’s” OG story centers on Gotham City police commissioner Jim Gordon’s (J.K. Simmons) daughter Barbara, who soon takes the helm of the caped hero.

If Ivory Aquino looks a li’l familiar, then you might have spotted her in series and films like “When They See Us” and “Lingua Franca.” While you’re at it, here are a couple of trans Filipino films to fill your watchlist pre-“Batgirl.”

SHARETomorrow is a big day for everyone in love with atmospheric beats–may this...