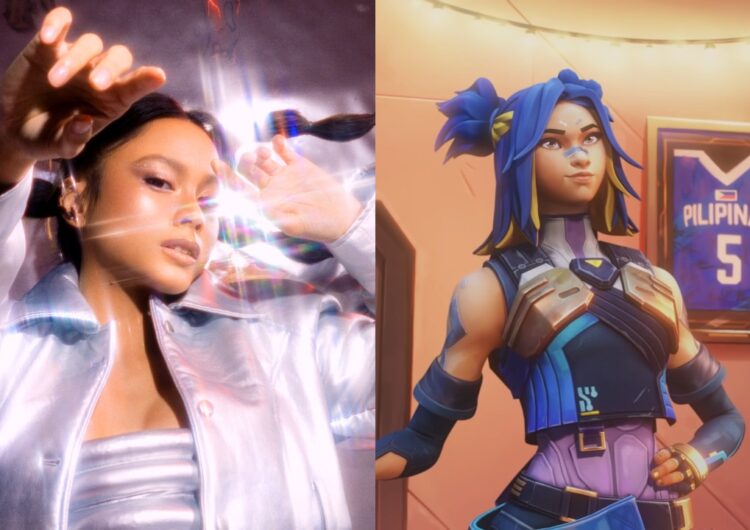 Valorant players, the first Filipino agent is soon speeding her way to PC screens. And what better way to make her grand intro than a trailer soundtracked with Ylona Garcia?

On Jan. 6, Riot Games dropped the official character preview of Valorant’s agent 19 Neon, alongside a new single from the 88rising musician and former Scout cover girl. The trailer opens with Neon entering her new room, lightning emitting from her fingers. Muttering a weary “Hay, buhay” (Oh, life), Garcia’s “Entertain Me” plays from her phone’s speakers, just as Neon drifts off to dreamland. Cue skill montage.

Dubbed as the first Filipino agent in Riot Games’ highly popular first-person hero shooter, Valorant’s Manila-born Neon possesses super speed, and is able to outrun the rest of her roster. Aside from that, the character can fire solid beams of electricity as her Ultimate skill, create double firewalls, along with the ability to throw out concussion charges.

The character is voiced by local cartoon and video game mainstay Vanille Velasquez, who calls the role a “dream come true” in a tweet.

I am unbelievably honored, stoked and PROUD AF to announce that I am the voice of VALORANT Agent 19 NEON! 💙💙💙⚡️⚡️⚡️

This has been such a dream come true. I'm kind of at a loss right now. This doesn't feel real. I can't believe I'm really saying this right now. pic.twitter.com/qoB96SZkC1

“I’m kind of at a loss right now. This doesn’t feel real,” she writes.

Neon is expected to drop on Jan. 12 as part of Valorant’s mega update Episode 4 Act 1.

Elsewhere in Filipino rep in the gaming scene, Fil-Am Anne Yatco had made waves last year as the voice of Genshin Impact’s Raiden Shogun. A double kill, if I do say so myself.