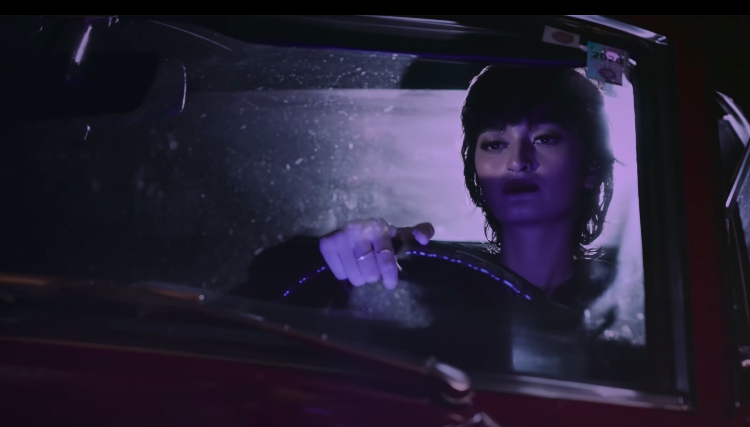 No, this isn’t a freshly dropped preview of a crime drama—but it’s a riveting ride nonetheless.

Filipino synth-pop-punk band One Click Straight is back with their first release of 2022. Released on Feb. 9 (which, according to the four-piece outfit, is “anti-cheaters day”), the music video for their newest track “Lilo” is a visually stunning mafia-themed watch, which doubles as an alluring tutorial on how to strategically track down, well, cheaters.

Directed by Dominic Bekaert of Zoopraxi Studio, the music video offers us a fly-on-the-wall privilege in an assassin’s station. To prepare for a surprise fight against the “cheaters,” an unnamed woman (played by Jach Manere) fiddles with her guns and practices her aim with a stuffed toy. There’s a folder lying around her place containing their mug shots: Bigboybrutus, Slick-B, Tenacious Timmy,  J-Papi (characters of OCS members Toffer Marquez, Sam Marquez, Tim Marquez, and Joel Cartera respectively) and their leader, Rodrigo (Albert Nicolas).

All hell breaks loose when the assassin breaks into the lair, equipped with a knife that sheds the first blood. The track’s smooth and groovy sound complements the angst of the situation—in part thanks to its heartfelt lyrics: “Bakit ba palaging ganito? / Sabihin mo sanang totoo / May kasamang iba.” (Why is it always like this? I hope you just tell the truth. You’re with someone else.) We only get to hear dialogue again once Rodrigo gets kidnapped. “You! And your gun! You belong in the kitchen!” he shouts, summing up the brewing point of a seamless revenge scheme.

From a widower to high school students, follow these characters as they wrestle...