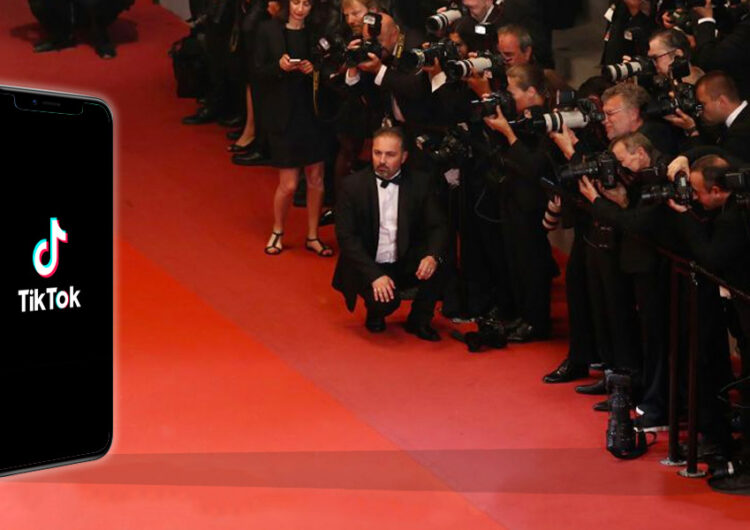 One of the world’s most sought-after film events has tapped its newest sidekick, which is filled with even more sought-after things on the interwebs—TikTok. In a statement on the video-sharing platform’s website, Cannes and TikTok revealed the partnership to be born out of a desire to bring together the app’s global users, as well as niche communities like #filmtok, to entertain and create their stories.

Following a ban on red carpet selfies in 2018, the Festival de Cannes is now entering its TikTok era through various activities for the New Gen of Cinephiles™. Running from May 17 to May 28, the festival will offer TikTok users access to exclusive content, such as backstage peeps, red carpet moments, and interviews, Variety reports.

“We are delighted to partner with TikTok to share the magic of the Festival with a wider, much more global and just as much cinephile audience than ever before. For several years now, the Festival de Cannes has been connecting with the next generation of film enthusiasts by offering them the opportunity to experience the Festival through our ‘3 Days in Cannes’ program,” says Thierry Fremaux, the festival’s general delegate.

Apart from that, folks who wish to get their big break at the festival can join their global film contest #TikTokShortFilm. Vertical films that run from 30 seconds to three minutes (sorry, 10-minute agendas) are welcome to be submitted from March 15 to April 8, and will be screened by a yet-to-be-revealed acclaimed director. Three winners will stand a chance to win a cash prize and a trip to the festival itself. Now that’s a main character moment. (But I wonder what the film snobs feel at the moment, though.)

Who would’ve thought that a place for chaotic role-playing, questionable duets, and eternal dance mashups could become the same arena for cinema? I guess this is 2022 for us. For more information, head to TikTok’s news page.

So, a dating app merging Tinder and TikTok is coming
This TikTok bbgurl weaves our ’90s fever dream
This Haruki Murakami adaptation is going to Cannes