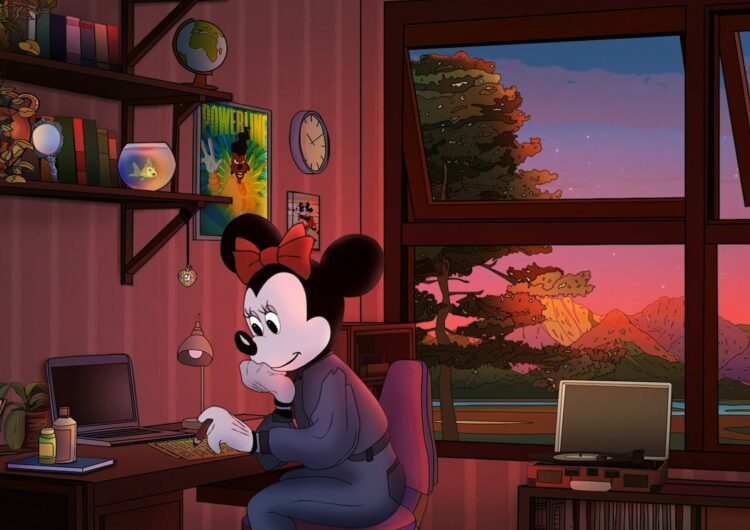 Take it from us: Productive days are best paired with lo-fi tracks. But for anyone whose alter ego is now indistinguishable with Lo-Fi Hip-hop Girl these days, an alternative might freshen things up. Might we suggest… Minnie Mouse? Hear us out for a sec.

The folks over at Disney have recently dropped their own version of study session staple “lo-fi hip-hop beats to relax and study to,” curated by Minnie Mouse herself. Comprising 10 tracks, “Lofi Minnie: Focus” takes songs from the Disney Renaissance to more recent films, reimagining them as lo-fi music.

The artists’ roster includes musician Purrple Cat, harpist Hippo Dreams, Dutch producer Eevee, and more, who have reworked tracks such as “The Lion King’s” “Hakuna Matata,” “Toy Story’s” “You’ve Got A Friend In Me,” “The Little Mermaid’s” “Under The Sea,” “Coco’s” “Un Poco Loco,” among others.

And if Hip-hop Beats has Lo-Fi Girl in headphones to wave its flag, then Disney’s visuals has Minnie Mouse in her study, deep in thought as she jots something down. A few references can be spotted in her room, including a Powerline poster from “A Goofy Movie” and a photo of her and Mickey in OG ’30s style.

Of course, this isn’t the first time we were met with a “lo-fi hip-hop beats” spinoff. Somewhere in the depths of the internet, lo-fi remixes of church hymns also exist—because, well, this is the internet we’re talking about.

Read more:
This generator turns you into international icon™ Lo-fi Hip-hop Girl
From The Bedroom To The Main Stage: Lo-fi artists to keep on your radar
Beatmaking is subtle storytelling for Naga-based lo-fi artist ビクター ＭＫＩＩ

SHAREMakeup-wise, we’ve seen it all. There are highlighter eyeliners, a Kanye beauty line...