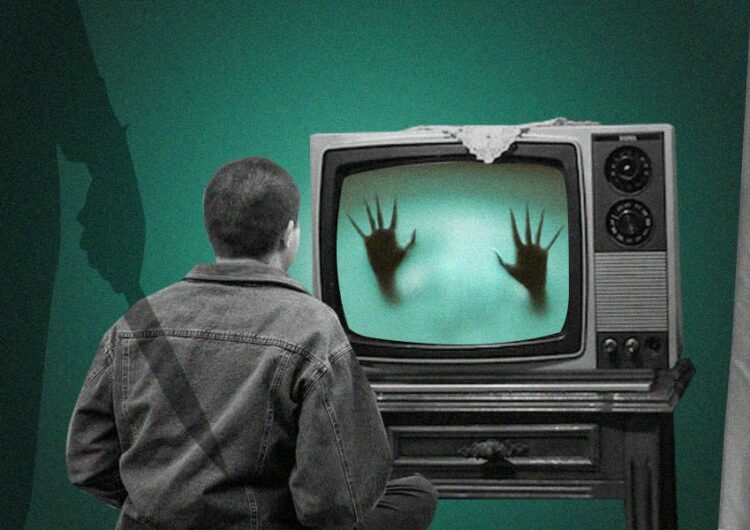 Horror, more than any other film genre, tends to be judged based on a very specific response people expect to have from it. In other words, a lot of us think that if a horror movie doesn’t “actually” scare you, then it must not be very good or it must not be horror at all.

That’s totally unfair, when the genre has had just as interesting a history as science fiction or fantasy, with each new generation of films reflecting society’s fears and fascinations. Horror has always had more on its mind than just freaking people out. And a trip down horror history can show us what we’ve really been afraid of, and maybe even what the genre might look like in the next decade.

Disclaimer: it’s obviously impossible to come up with a definitive idea of what horror is, since the categories we call genres are always changing and can never cover every single film ever released in existence. But for the purposes of our own sanity—so we don’t get locked into some psychological Upside Down of our own making—let’s agree on some definitions for now.

Professor Mark Jancovich proposes a definition of horror in his book “Horror, the Film Reader”: It’s any story involving a “monster” disrupting a sense of normalcy or the status quo in a given situation. Additionally, philosopher Noël Carroll suggests that the drama in a horror story is resolved when people confront the things that repulse them to learn a truth and achieve catharsis.

Going by these loose definitions, you might start to see certain trends in horror over the years. When cinema was still new, early fantasy and German Expressionist films (like “The Cabinet of Dr. Caligari”) might have imagined the world in general as monstrous through creative and eerie production design.

Professor Mark Jancovich proposes a definition of horror in his book “Horror, the Film Reader”: It’s any story involving a “monster” disrupting a sense of normalcy or the status quo in a given situation.

In the 1930s all the way up to the 1950s, following advancements in animation and prosthetic makeup, monster movies and sci-fi horror like “King Kong” or “Creature from the Black Lagoon” imagined literal monsters terrorizing human beings.

As for the 1960s, Alfred Hitchcock’s “Psycho” is credited as having kickstarted an entirely new era in American horror, situating the monstrous in a specifically American context. At this time, the Italian giallo film also started to form, using crime, mystery, and psychological elements to lay the groundwork for future slasher films.

It says a lot about what audiences wanted to see (or what they had been repressing) that these more realistic, relatable fears led to arguably horror’s most popular era in the ’70s and ’80s. Auteurs like John Carpenter (“Halloween”) and Wes Craven (“A Nightmare on Elm Street”) started franchises that have endured till today and helped make the “Final Girl” trope a genre staple. More open attitudes toward sexuality and taboos at the time coincided with the popularity of unrestricted video stores—as well as censorship and criticism.

It might not have been a coincidence that, almost as a response to these supposedly “lowbrow” movies, the ’90s saw a rise in more “sophisticated,” Oscar-nominated horror films starring Hollywood A-listers, like “The Silence of the Lambs,” “Interview with the Vampire,” and “The Sixth Sense.” This decade also saw a boost in popularity for Japanese, Korean, and Indonesian horror, which were markedly more supernatural than Western horror.

And in the 2010s, social and psychological arthouse horror seemed to take center stage (“Get Out,” “Hereditary,” “The Babadook”), bringing the monster deeper inward and into our collective, late-capitalism grief.

The 2000s, particularly after 9/11, led to a rise in horror films about survival (“28 Days Later”), paranoia (“Paranormal Activity”), and surveillance (“Saw”), according to scholars like Dean Lockwood and Angela Ndalianis. The monsters in this era now seemed to be embedded in society itself. And in the 2010s, social and psychological arthouse horror seemed to take center stage (“Get Out,” “Hereditary,” “The Babadook”), bringing the monster deeper inward and into our collective, late-capitalism grief.

The fact is, the scariest thing about today’s film industry is that there are fewer and fewer corporations calling the shots. As more film studios are acquired by growing conglomerates, and as streaming services commission more new content instead of preserving the classics, it’s a possibility that horror produced by the remaining studios might be homogenized even further—the same existing styles, to appeal to the broadest audiences, to ensure profits. Franchises that creatively expired a long time ago will continue refusing to die (looking at you, “Texas Chainsaw”).

But thinking optimistically, it’s these exact conditions that might also lead to horror’s return to its grimy, underground roots that made it so popular along with those video stores in the ’70s and ’80s. We already know that the genre can respond to previous trends, so it’s also a possibility that devoted genre filmmakers will challenge studios’ clean and calculated products by releasing absolute filth (affectionate). We already have at least one Palme d’Or-winning horror film this decade that finds real heart in its transgressions: Julia Ducournau’s not-for-the-faint-of-heart body horror, “Titane.”

It’s also my hope that horror in the near future will take aim at everything happening to the industry today. Fear of control and assimilation are already pretty prevalent in horror (cults, zombies, “Invasion of the Body Snatchers”). And just like the reality of film archiving and preservation being tossed aside by today’s conglomerates, erasure or distortion of the past is something commonly tackled in psychological horror—and it’s something people all over the world struggle with in fighting historical denialism.

But if we take Noël Carroll’s definition of horror to heart, I think we can be sure that even when the monster becomes cinema itself, it’s still our job not to just let it be. We have to face it.

Again, these are still rough predictions for the future, based on a general view of horror’s history and today’s industry. But if we take Noël Carroll’s definition of horror to heart, I think we can be sure that even when the monster becomes cinema itself, it’s still our job not to just let it be. We have to face it.