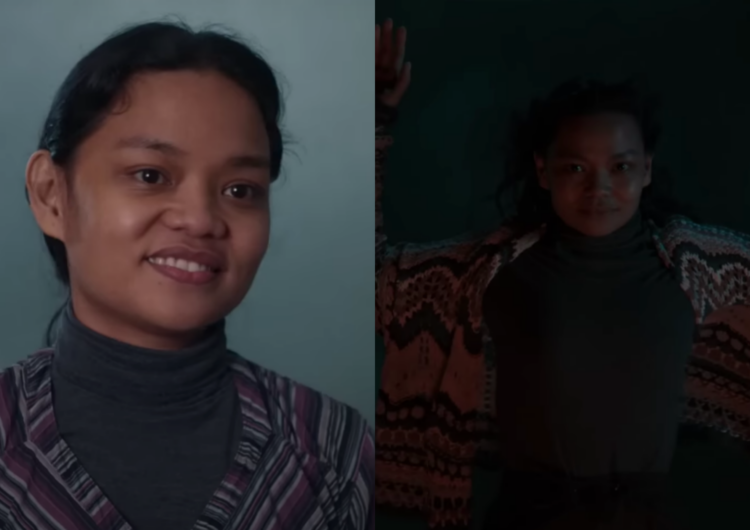 In case you missed it, another Filipino actress will grace the international film scene.

Dominating our TLs lately is the freshly released trailer of “Nocebo,” an upcoming thriller film by Irish director Lorcan Finnegan. In the eerie preview, we spot Cebuana singer-songwriter and “Patay na si Hesus” star Chai Fonacier as a newly hired caregiver inside the home of a fashion designer (Eva Green) and her husband (Mark Strong).

Nocebo per se is a harmful impact on health brought by psychological factors such as negative expectations of prognosis or treatment.

In this psychological movie, Eva’s character suffers from a mysterious illness. The couple—and even the doctors—are baffled by her health condition, but the Filipino caregiver offers an effective treatment in traditional folk medicine, which also uncovers a “horrifying truth” to the family.

While the caregiver continues “curing” her employer with unusual remedies, the husband grows suspicious. He then accuses the caregiver of “controlling” his wife.

Behind this thrilling plot and the obvious stamp of global recognition for Filipinos, the film also prompted an “internalized racism” discourse on social media, particularly Chai’s accent.

While some believe the “thick” Filipino accent Chai’s character uses in the film might propagate a harmful stereotype, others argue that there’s nothing wrong with it seeing as that’s how most Filipinos speak English anyway and the accent isn’t mocked or used as a joke in the film. They also contend that the accent makes sense for Chai’s character.

We are all aware of the terrible stereotypes and discrimination Bisaya people face. “The Bisaya language is often used when cracking a joke or when someone is trying to make a person laugh by mimicking the native accent,” says Iris April L. Ramirez in the study, “The Racial Slur against Bisaya in The Light of John Rawls’ theory of Justice.”

As the discussion continued online, other concerns were raised. Will the Filipino character be antagonized? Will this put a bad impression on folk healing? But others want to give the benefit of the doubt—what if a plot twist actually reveals that the husband is the villain all along?

Witnessing these divided POVs leaves us more intrigued about what lies behind the film’s plot. On top of these sentiments, it shows how Filipinos are taking the matter of representation in the global scene seriously, especially through a non-Filipino director’s lens.

“Nocebo” will premiere in USA theaters on Nov. 4, while we’re still crossing our fingers for a local cinema release.

SHAREBy Coleen Ramos Three weeks into their whirlwind romance, Taylor has turned the...