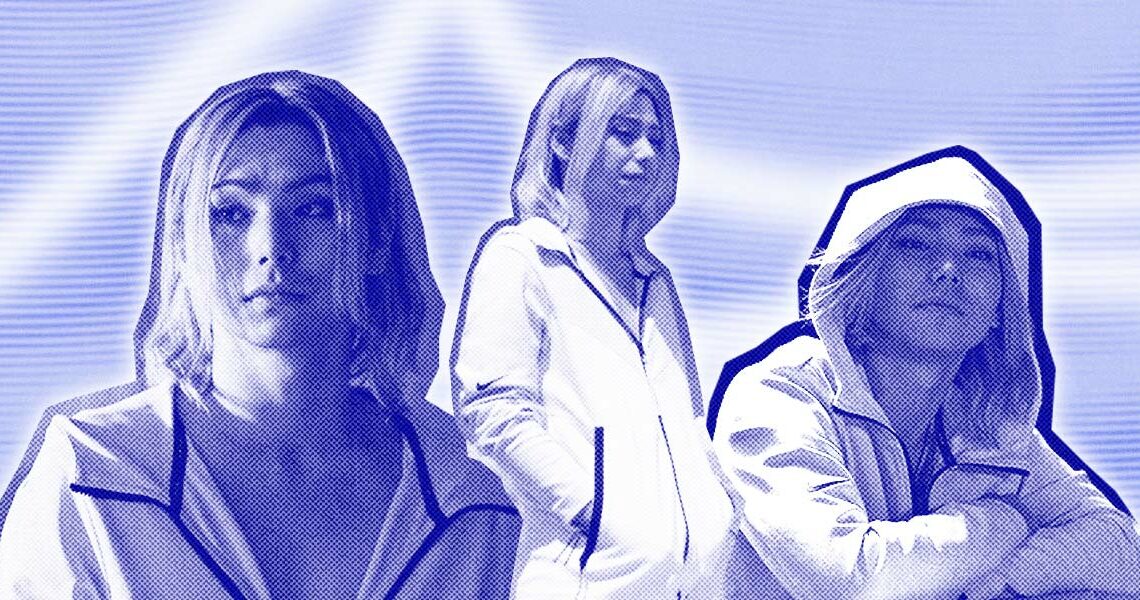 “I wanted to do something that was a bit out of character.”

This line is from the second season of manga-turned-series “Alice in Borderland.”

After two years of waiting, the new chapter of Shinsuke Sato’s most anticipated Japanese science fiction thriller “Alice in Borderland” finally dropped in December 2022, throwing us into the Second Stage in the Borderland.

If I say Chishiya is the hottest among them, I know there’ll be a collective agreement in the room. Not only does he have dreamy eyes, an attractive smirk, and assertive body gestures, he also has some big brain moments to boot. But despite being the highly intellectual opponent, we’ve also seen Chishiya as a cold-hearted, brutally honest, and unbothered player in the Borderland.

Remember when he framed Arisu and Usagi so he could steal the collected cards and leave the Beach? “Sometimes, we have to do things in order to survive,” he said.

Chishiya gave us our first taste of trust issues in the first season, leaving room for speculations on whether he is a protagonist or an antagonist. But weeks after the second chapter’s premiere, Chishiya became the talk of the town with the way he played his cards throughout the season.

If you’re not convinced, we list some reasons why. 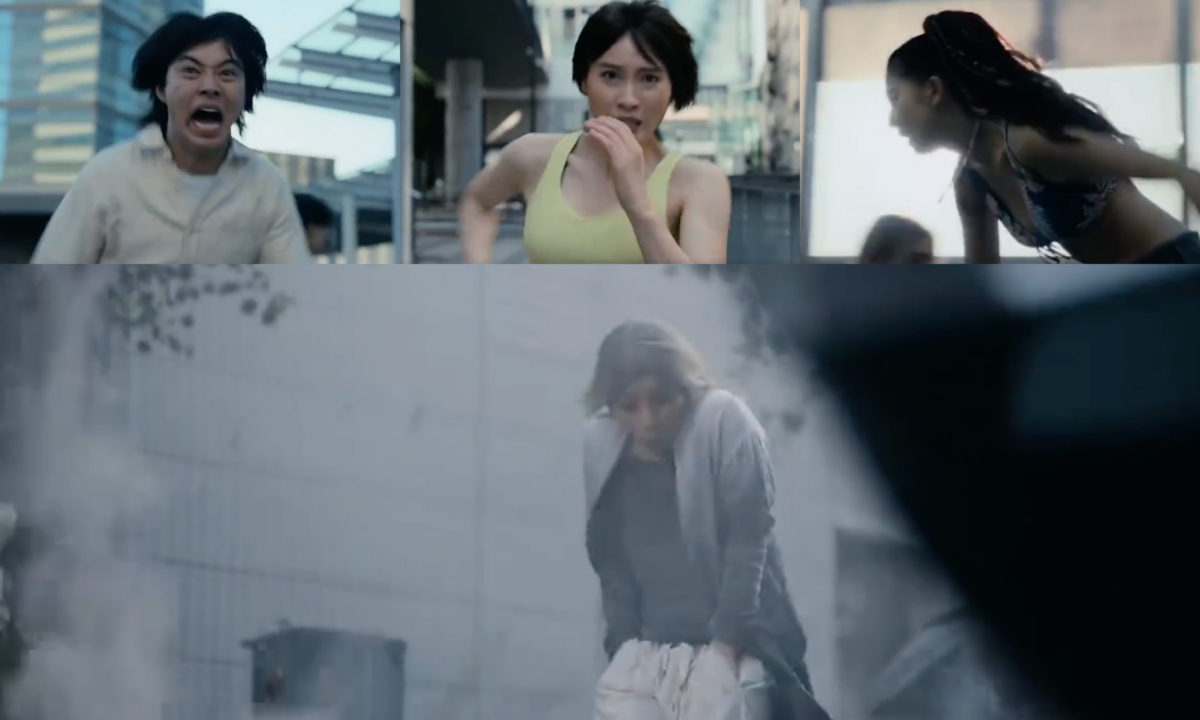 IYKYK. This scene totally cracked us up. While Arisu, Usagi, and Kuina were betting their lives to run away from the King of Spades, Chishiya was just hella chill. He could have died, not gonna lie.

The King of Spades game (a.k.a. Survival) is considered as one of the most arduous matches as there is no specific venue once it commences. Unlike the other games, the entire Borderland serves as the arena for the King of Spades, mercilessly shooting all the players to death. It was later found that the King of Spades is Isao Shirabi (Ayumi Tanida). 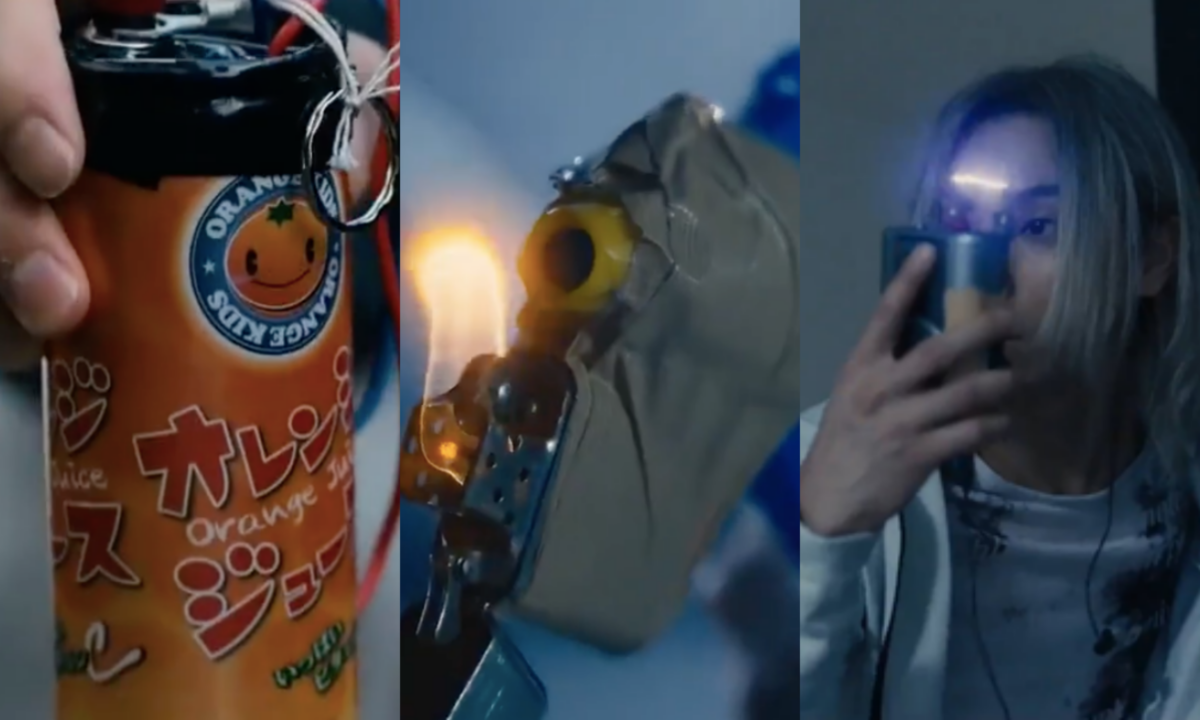 In the first episode, we were reminded that Chishiya is a *chef’s kiss* creative master. He handed Kuina a DIY “good luck” charm (a bomb) before they got separated. “Just use it if you have to,” he says. Don’t be fooled by its size—this run-of-the-mill explosive played a significant role in the plot. It was the weapon representing Chishiya’s contribution in defeating the King of Spades, in lieu of his absence during the match.

Looking back at the first season, Chishiya first created a DIY gun and taser. Okay, we like it, Picasso. 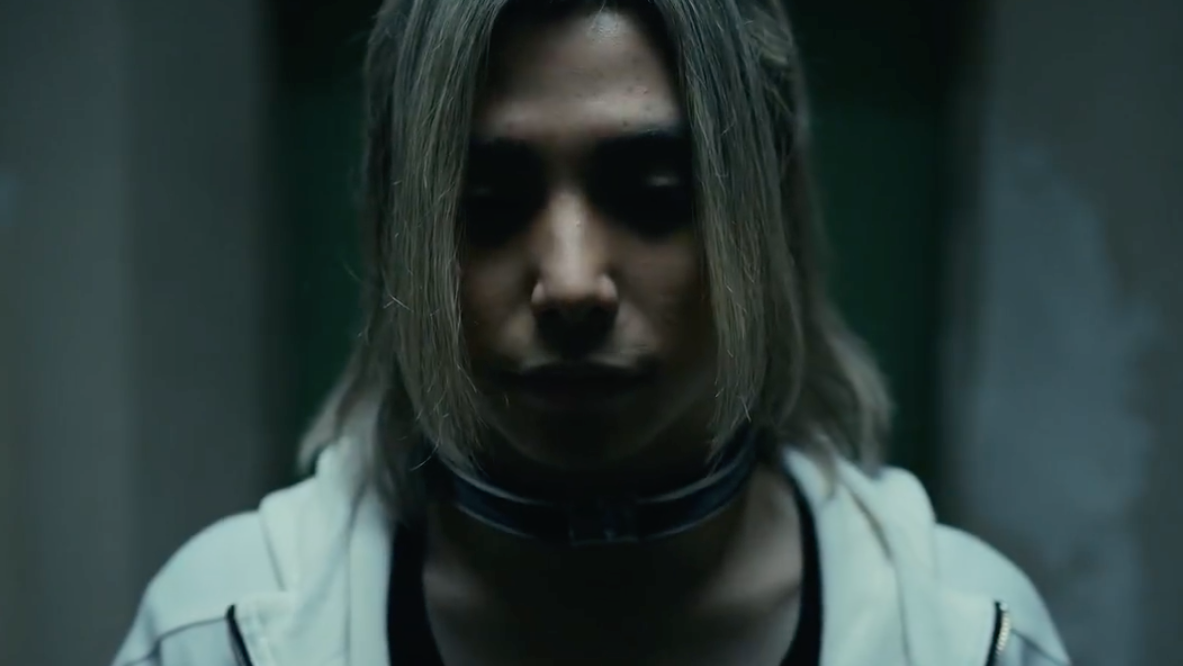 Chishiya’s intelligence? Hands down. I, too, was blown away. In fact, no one could outsmart him.

In episodes three and four, he showed that no player could manipulate him. His great ability to read the room was unrivaled by his opponents, too. One of the many games that proved this was the Solitary Confinement (Jack of Hearts). The players had to guess which among the four card symbols appeared at the back of their ticking-time-bomb collar—with the symbol changing in every round.  And if you guess incorrectly, the collar explodes.

But not only did Chishiya ace the game as expected, he also busted Kotoko Shiga (Honami Sato) and Enji Matsushita’s (a.k.a. the Jack of Hearts, played by Kai Inowaki) secret communication: Picking the same type of snack in the cafeteria to confirm their symbols using the snack’s packaging color. 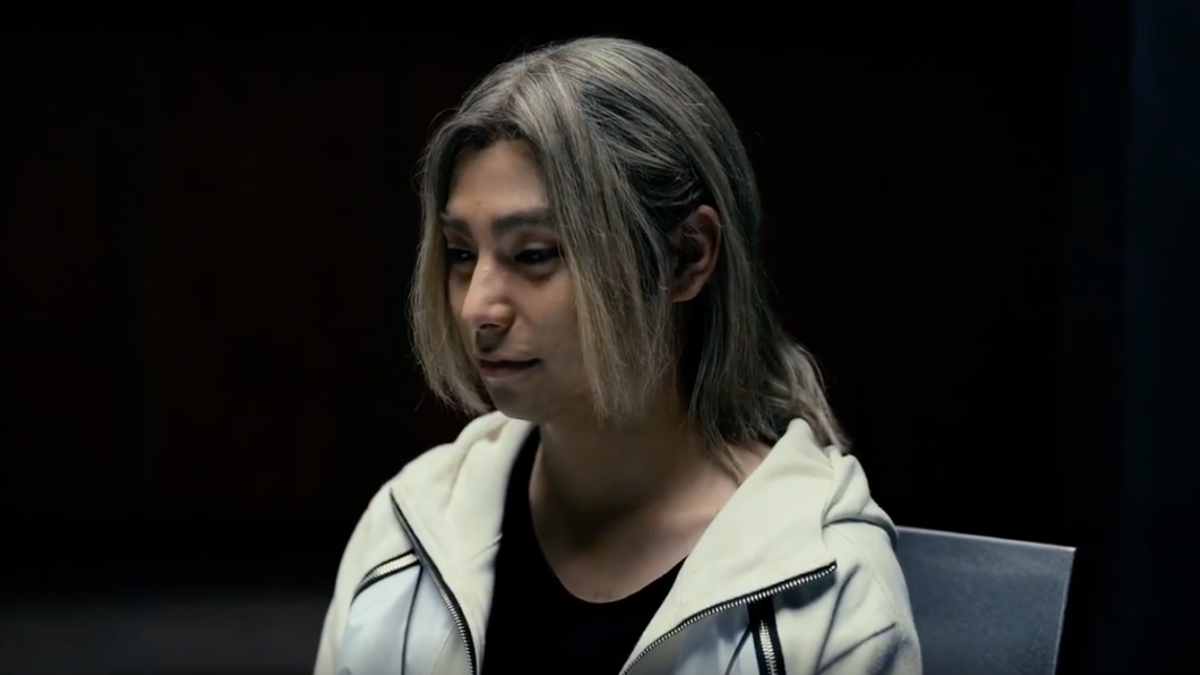 It was obvious that Chishiya manipulated King of Diamonds Keiichi Kuzuryu (Tsuyoshi Abe) in the Beauty Contest. Chishiya discovered that Kuzuryu was a righteous lawyer in an American company until he was forced to place value on someone’s life. This practice was against Kuzuryu’s principles of justice and equality, prompting him to design a game in which the player’s fate could only reveal their value to themselves.

Chishiya chose number 100 in the final round, betting on his potential death as a trap for Kuzuryu to decide what value his life holds. Kuzuryu then remembers the time when he was saved by an unknown player, convinced that he had to rescue him after being saved by another player (Arisu) in order to play more games and survive. This led to Kuzuryu hitting zero, resulting in his death and Chishiya’s victory. The King of Diamonds didn’t dare pick other numbers than zero because doing so would signify that his life is more valuable than Chishiya’s. Going back to Kuzuryu’s principles, he strongly upholds that all humans are born equal. Meaning, no individual should have more value than others.

The Borderland also served as an arena for character redemption, especially for those who never had any chance in the real world.

Chishiya’s encounter with Kuzuryu slapped him with the reality of his profession back in the real world. Before Borderland, Chishiya was a surgeon who was forced to prioritize patients with connections to their hospital’s higher-ups rather than the needy ones. Later, Chishiya’s child patient died due to the postponement of the surgery.

In that episode, we finally understood the grounds of Chishiya’s apathetic character: The endless cycle of his job’s unethical practices clearly lost his sense of compassion towards people.

Chishiya hated selflessness, and honest people seemed foolish to him. But in reality, he always envied truthful and unselfish people for having the opportunity to live out what he’s missing.

In the end, he took a bullet for Usagi to survive and ace the last game so they could bring back the real world. “I wanted to do something that was a bit out of character,” he says.

Turns out, Chishiya’s faith in humanity was restored after witnessing Kuzuryu and Arisu’s sacrifices for his life and others. 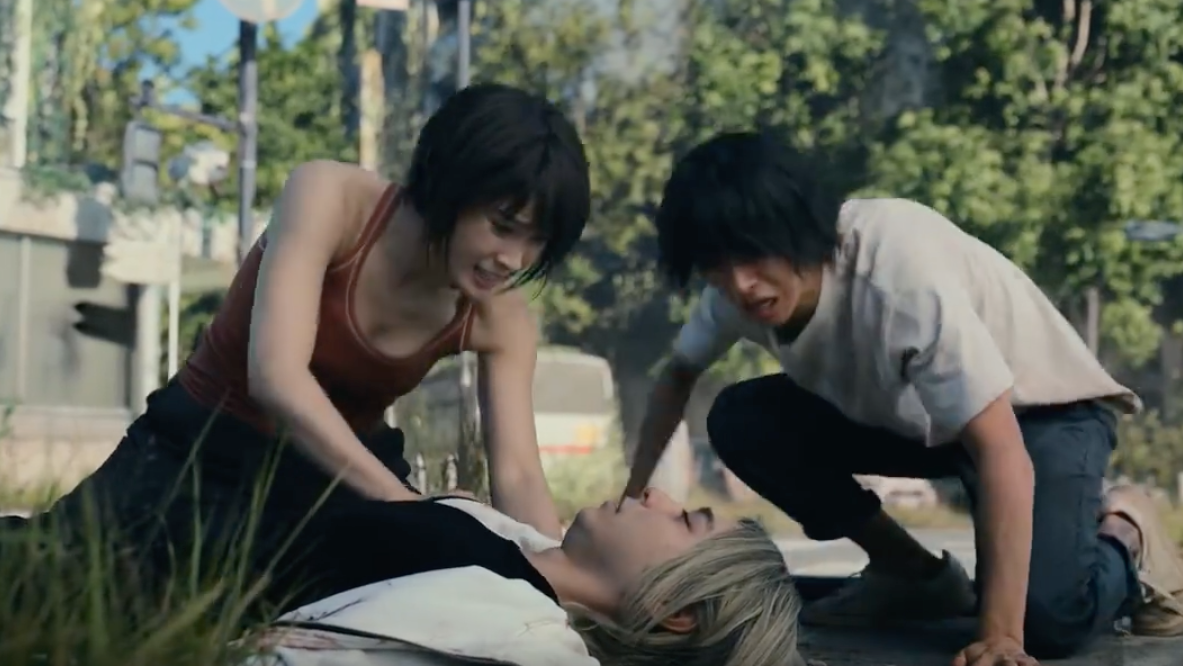 Technically, we were given an idea that the Borderland acts as a purgatory, a line between life and death. But zooming in its purpose, the Borderland also served as an arena for character redemption, especially for those who never had any chance in the real world. And for real, Chishiya’s one of the best proofs.

Stills from “Alice in Borderland” seasons 1 and 2

SHAREby Jobim Javier It doesn’t get more underground than inside a coffin, but...