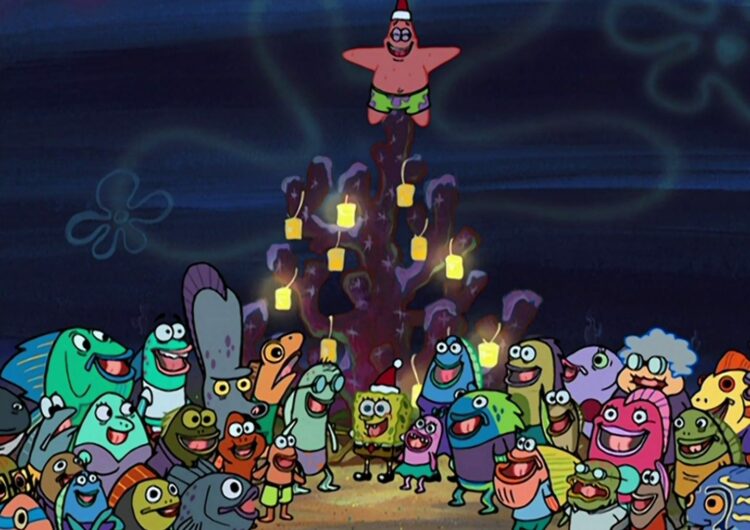 The curses of adulthood include towering responsibilities, peace of mind’s rareness, and the gradual wearing out of the OG Christmas feeling. When did keeping a holiday mood become an extreme sport?

If you’re not ready to smile for that family Christmas portrait yet, revisiting your childhood Christmases might be a good place to start. In the cartoon world, there are characters who, like us, struggle to find Christmas’s true meaning—but luckily get successful in their journey later on. For some boost of holiday serotonin, here are animated TV specials that’ll have you feeling like a carefree kid under the tree again.

Can the icons of summer also win in December? In this episode, Phineas and Ferb decorate the whole city of Danville and prepare a gigantic “thank you” card for Santa, whom they feel is underappreciated. However, there’s also Doofenshmirtz’s plan: Tell Santa that these folks deserve to be in the naughty list, so they could stop receiving presents.

Set between “Shrek the Third” and “Shrek Forever After,” this 30-minute special follows Shrek as he promises Fiona and the kids a Christmas that’s one for the books. But while scouring for a present, he finds a copy of a mysterious book that’ll teach him what Christmas is all about, step by step. The rest is (a kinda chaotic) history. Well, of course, it’s “Shrek.”

Once upon a time, the people of Bikini Bottom had no idea about Christmastime’s existence. Luckily, its origin story in the underwater city begins with SpongeBob’s classic brand of enthusiasm (and thanks to Sandy’s stories about the holiday). In this first ever double-length episode of the series, he leads the people in making wishlists, proves Santa Claus is a real entity, and spreads the holiday cheer despite skeptics like—you guessed it—Squidward.

Look, even if this “Peanuts”-based special was released decades before we were born, you could count on it to bring that warm, fuzzy, but also very human feeling. Overwhelmed by the commercialism and materialism accompanied with the holidays, Charlie Brown tries to dissect the true meaning of Christmas. This prompts his friend Lucy van Pelt to push him to direct a neighborhood Christmas play.

Like your holiday flicks with a pinch of suspense and horror? This episode included in the cult classic series’ “13 Spooky Tales: Holiday Chills and Thrills” DVD is the adventure you have to sign up for. During a winter festival, Scooby-Doo and the gang suddenly get interrupted (and even chased) by a living evil snowman. Soon, they get trapped in a haunted toy store, until a potential savior arrives.

There’s a particular nostalgia in revisiting the “Ice Age” franchise in the holidays, and even more when they’re diving into the yuletide narrative. Here, our accident-prone sloth Sid ends up in Santa’s naughty list after messing up one of Manny’s Christmas traditions. As an attempt at a redemption arc, Sid heads to the North Pole with Crash, Eddie, and Peaches to meet Santa.