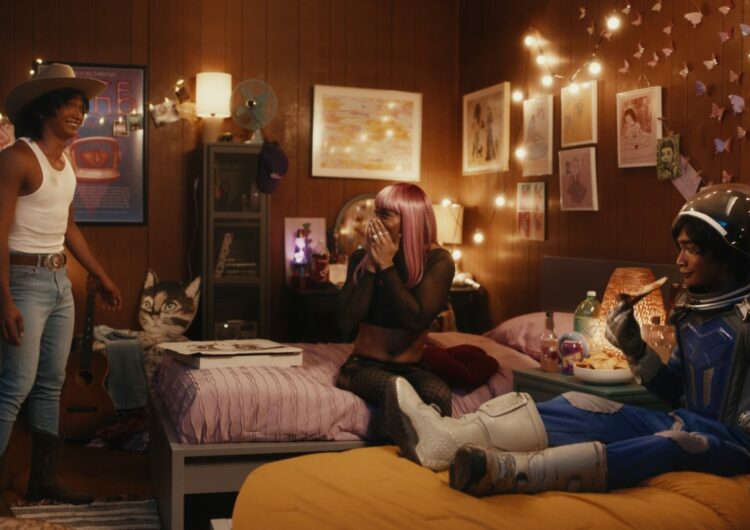 Playing “The Sims” is the perfect representation of living vicariously through someone. You could become a full-time evil (but family-oriented) gardener, a xenomorph, or someone who jumps from one blooming career to another faster than the late Internet Explorer. The possibilities are endless that it’s tempting to clone yourself, too—and, well, at least in their latest campaign, this kinda happens.

In the latest “The Sims 4” campaign called “Find Yourselves,” internet star Bretman Rock is seen split into three versions which all inhabit the same cozy bedroom: the Teenage Goth, the Astronaut, and the Urban Cowboy. Later on, the Sassy Dad irritatingly asks the other Bretmans to hit the hay.

Crafted as a short sitcom by the video game franchise—mainly to inspire players to freely find versions of themselves in-game—this release picked the beauty expert as their face because he’s “unapologetically himself no matter how many versions exist,” Electronic Arts said. (Tag yourself, I’m Astronaut Bretman.)

“Like most people growing up, I needed creative outlets to discover all the different sides of myself that I am now, and I know I’m not done yet. ‘The Sims’ has always been a place for anyone to explore who they are, which is why I’m partnering with ‘The Sims[’]’ ‘Find Yourselves’ campaign, which encourages everyone to discover all the many sides of themselves and embrace them with open arms,” Bretman shared with EA.

Though it would’ve been nice to witness Bretman speaking in Simlish in the teaser, we at least found out that he used to speak the same language as us: frustration. “Honestly, if there’s one thing that ‘The Sims’ has taught me, it was how to find myself at such an early age. I was probably in sixth grade when I first downloaded The Sims. I made five different emails to get the free trial—you know, us broke kids—so The Sims has always been kind of an extension of me,” Bretman revealed in a Hypebae interview.

You can stream “Find Yourselves” episodes on EA’s official site. For the second episode, it looks like we’ll meet the fifth Bretman: The motherly chef.

SHAREThai series “Girl From Nowhere” recently landed on Netflix, and it’s exactly the...

SHAREIt’s been almost a month since we elected our new set of leaders....