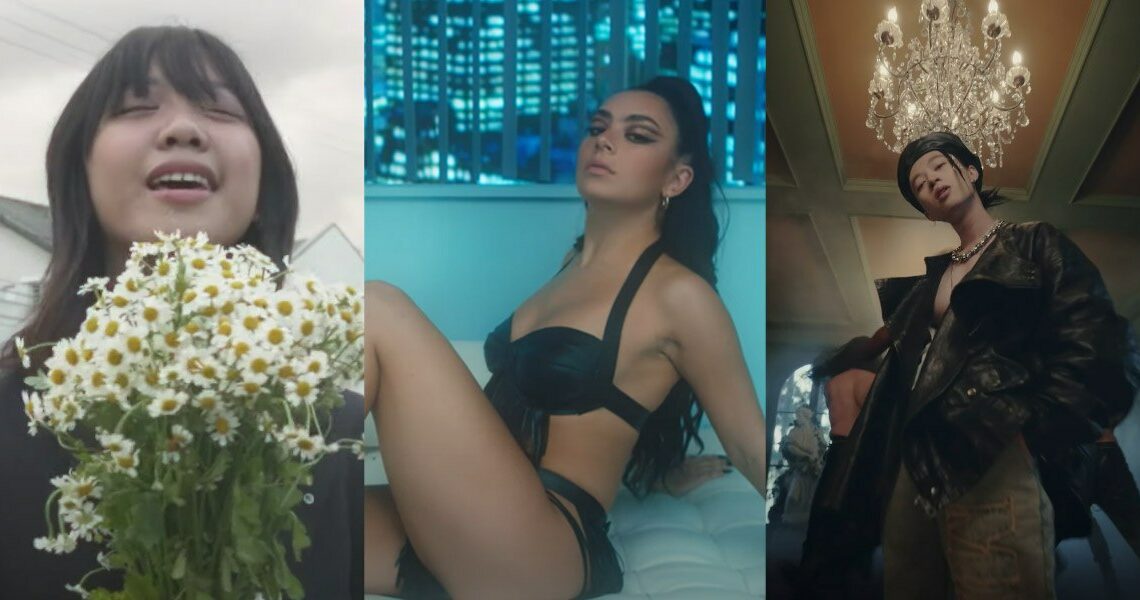 ’Tis the March season: the third chapter of 2022, the second half of Pisces days, and a reminder of summer about to rage right through us. So, what better way to soundtrack that with some fresh new beats?

The end of February and this past week brought us bops to get us by, straight from the music scene’s regulars and newcomers alike. And of course, it’s our pleasure to rifle through the shiny new stuff that’s worth adding to your potential playlists. Check some of these tracks below.

“Island City” by Massiah feat. Because

The folks from Careless are at it again. Take Massiah’s newly dropped album “Lahi” as an example, which boasts of collabs including James Reid, August Wahh, Fern., and Cavill. The feature track “Island City” is a picture of a neo-soul tropical scene, coupled with rapper Because’s Cebuano verses.

Picture a climactic coming-of-age film scene, and it might pair perfectly well with Mallrat’s “Teeth.” The Australian musician channels early aughts alt-rock with warbled sounds, introspective lyrics, and an ambiguous “it.”

With its calm yet cheerful dynamic, the emcee’s “Goodie Goodie” follow-up packages the feeling of resignation and careful hope when on the brink of falling in love, right from the title down to lines like “Feeling cheesy, oh no, baby.”

Joe Jonas, along with his DNCE crew, returns to the disco once more. Their Kygo collab marks a comeback since their 2018 hiatus, and unsurprisingly, they brought a horn-filled chorus and a dose of funk with them.

Mommy? Sorry. Mommy? Sorry, it’s Charli XCX. The English singer-songwriter exudes “will gladly step on you if you ask” energy in “Baby,” an ’80s-esque dance tune that reminds folks that she’s bound to break hearts.

Def Jam PH’s lineup of rappers brings their own style of spitting verse onto “Lakbay,” a track that packs toils and troubles, turning it into something of triumph. As the seven emcees exchange lines in the five-minute piece, it’s a quick peek at what the local rap scene’s got to offer.

“HMU for a Good Time” by Tinashe feat. Channel Tres

Tinashe is right: We do wanna be a friend of hers. But like a lot of people, we can’t just call up the R&B artist for a weekend hang—at least this track’s next best thing. With her album “333’s” deluxe release, the bonus bop’s electronic sound is a club staple bound to happen.

Music scene newcomer Silas hits just the right vibes with debut single “Melting Vitamins,” a smooth, synth-pop track about being bad at names—and, well, everything in between.

“Get It” by Keshi

Vampiric, bloody, and in-your-face seductive: It’s the new Keshi, at least in “Get It” terms. Marked by a hard hip-hop style, the single off his upcoming debut record “Gabriel” is a tad different from his past discography. But, hey, that’s just range in action.

Read more:
The best albums of 2021, according to the Scout team
This site lets you listen to Spotify on an iPod Classic like it’s 2006
Cheat Codes teaches us how to raise hell (and productivity) with their debut album

SHAREThere was a time, not too long ago, when television broadcasting in the...

If you don’t have Whitney Houston in your playlist, then WYD? #ScoutFridayPicks

“The Way of the Househusband” has our permission to toss toxic masculinity out...