The multiverse: At this point, who hasn’t heard of it?

While the Marvel overlords may have shoved the concept into the spotlight and eventually, to Film Twitter’s heads for the foreseeable future, the multiverse will probably be best described by your science professor.

The multiverse theory is often tied with concepts like the Big Bang, string theory, and quantum mechanics, with several points that argue for and against it. With the almost infinite vastness of the universe made up of hundreds of billions of galaxies, thinkers got to thinking—what if our reality wasn’t the only one?

We’re still up to the difficult task of figuring out the real-world situation, at least in this universe. But from what we now witness, sci-fi ran with the concept, and the rest is blockbuster history.

Now, we’re left with a non-scientific question to ponder: With the influx of multiverse stories, where do we start? Fortunately, physics PhDs are optional in this realm. Scroll down below for a list of films, shows, and books to consume, in case you wanna get pulled into the multiverse just like the rest of us.

If you want to laugh your butt off: “Community” – “Remedial Chaos Theory”

“Community” fans know it, “Community” stars know it, heck, even a Twitter user who’s seen that Donald-Glover-holding-a-pizza-while-the-room-burns GIF probably knows it, too.

In the fan-favorite episode, the study group leader Jeff (Joel McHale) suggests rolling dice to see who’ll pick up a box of pizza once it arrives, unwittingly cracking open six different timelines. One timeline leaves a character dead (the darkest timeline!), another sees someone engaged with the pizza delivery guy, and one is pretty chill, all things considered. Suffice to say, it’s chaotic, but the title will already clue you in.

If you’re a Marvel ride-or-die: “Spider-Man: Into the Spider-Verse”

I can sit here and wax poetic about “Doctor Strange,” “No Way Home,” and “Wandavision,” but LBR, “Spider-Man: Into the Spider-Verse” arguably paved the way. (Sorry not sorry, MCU stans.)

Considered by many as a visual masterpiece (and even the best comic book movie full stop), the animated film skillfully makes use of its medium to unlock the potential of a superhero flick, sans weird live-action CGI.

In the 2018 film, budding teen hero Miles Morales gets bitten by a radioactive spider. We know how the story goes, but here’s a plot twist: He’s not the only one. Spider-beings from different dimensions start rolling into Miles’ universe thanks to big bad Kingpin, and fans were left with a new Q: Who’s your ult Spidey? (Mine is Spider-Ham.)

If you like physics (for some reason): “Parallel Worlds” by Michio Kaku 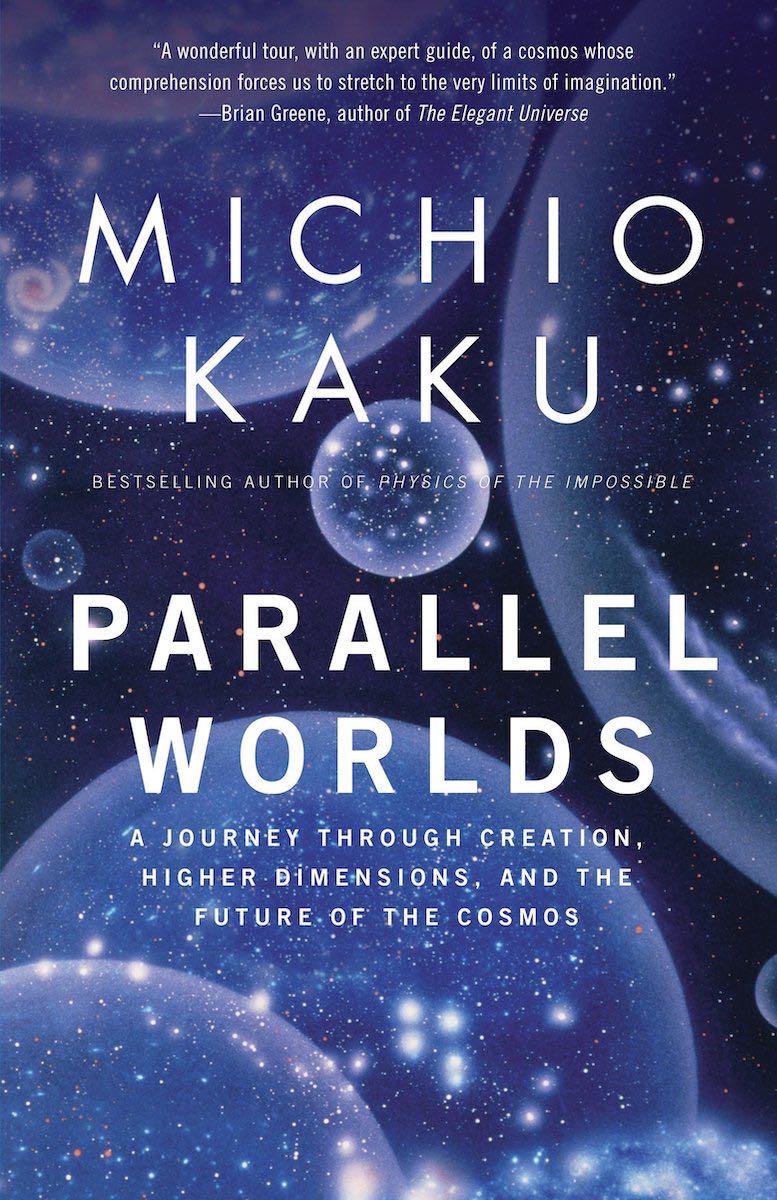 Want the science behind it with some philosophical musing thrown in the mix? Theoretical physicist Dr. Michio Kaku gets into the nitty-gritty of black holes, time machines, multidimensional space, and the parallel universes that could possibly be beneath all that.

It won’t just be limited to those, too—Dr. Kaku also discusses string theory and M-theory, which hypothesizes that our universe is one in an endless multiverse, a.k.a. a singular bubble floating in a sea of infinite bubble universes. Y’know, light reading.

Yes, folks, the multiverse was already a thing on TV back in the ’90s. When tinkering with an anti-gravity device, grad student Quinn Mallory (Jerry O’Connell) accidentally rips open a portal to a parallel universe. But on his first trip with his friends, they find themselves unable to get home, now needing to survive several ’verses—including a US still occupied by the British, a timeline with a never-ending ’60s hippie movement, and one where aliens are basically the norm on Earth.

If you want something arthouse-ish: “Mr. Nobody”

Think the “The Butterfly Effect” but with Jared Leto, and you got “Mr. Nobody.” The 2009 film sees him as a 118-year-old mortal man named Nemo, living in a utopian future where all other humans have reached immortality. As he recounts his life to a reporter, infinite possibilities rise from every decision he could’ve made: Does he stay with his dad or mom? Should he have gone on board that train? Well, you’ll have to see.

If you want a time machine to your childhood: “Coraline”

In Neil Gaiman, we trust. Both a comfort watch and the subject of our nightmares (uhm, buttons for eyes, anyone?), the movie adaptation of the children’s novel uses stop motion to tell the spine-tingling story of 11-year-old Coraline, who finds a passage to a parallel universe after being neglected by her parents.

All seems perfect—except for the buttons-for-eyes-part—but when she realizes that it was all an illusion to “eat her soul,” she’ll have to find ways to escape her Other family’s clutches.

If you still want that time machine, but you were a bookworm: “The Golden Compass” or “Northern Lights” by Philip Pullman 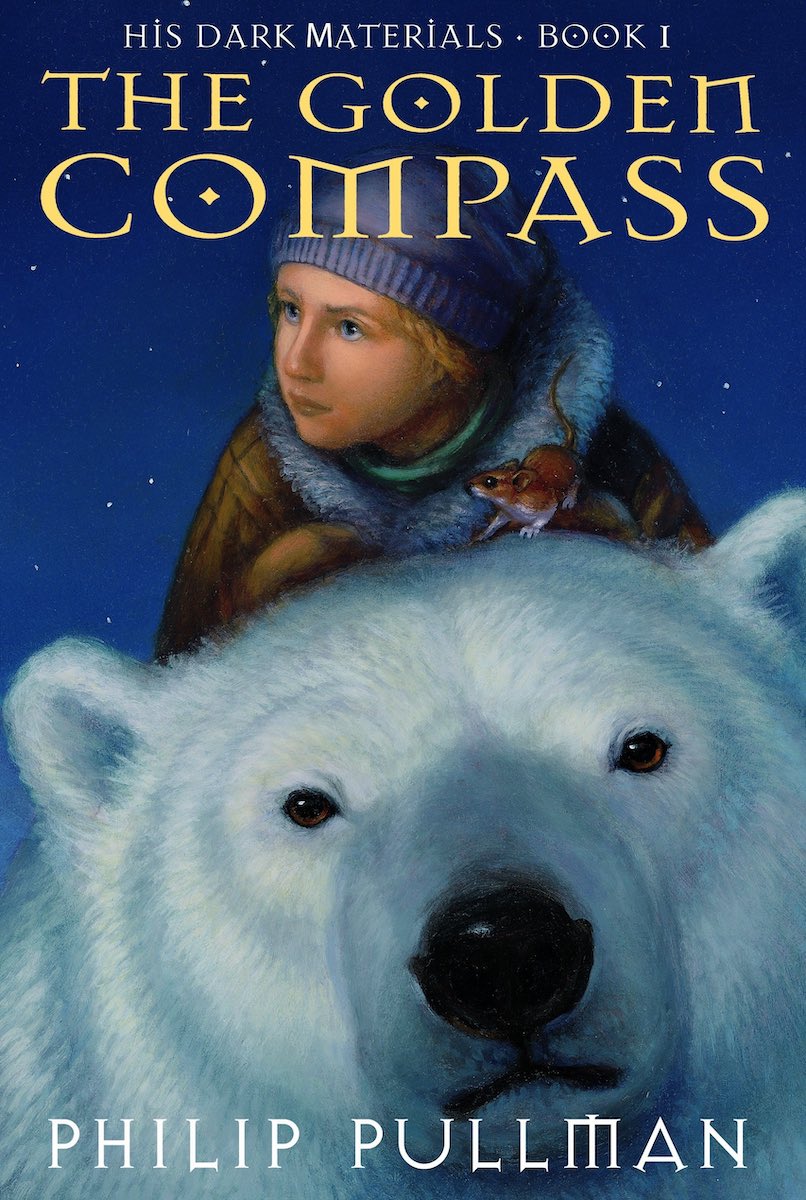 If you want something lengthier than “Coraline,” might we suggest the “His Dark Materials” books? The multiverse isn’t exclusively a sci-fi concept, and the fantasy novel “The Golden Compass” proves that.

Lyra Belacqua rides to the North to rescue her friend Roger from the fearsome Gobblers. There, she finds her uncle Lord Asriel, who is, you guessed it, building a bridge to a parallel world. What could possibly happen next? A whole trilogy’s worth of adventures, for sure.

If you’re in the mood for an existential crisis: “Everything Everywhere All at Once”

Let’s cap it all off with a good one, shall we? In the A24 hit movie, the laundromat of Chinese immigrant Evelyn Wang (Michelle Yeoh) is on the brink of failure, alongside her marriage.

And to top it off, a parallel universe version of her husband (Ke Huy Quan) has jumped into her reality, assigning her the hefty task of saving the multiverse from ruin. It’s a thought-provoking film that might need a couple of views to digest all the references, metaphors, and implications, but hey, you can also read our deep dive into it.

Read more:
The philosophy of the Everything Bagel from ‘Everything Everywhere All at Once’
The sci-fi beginner’s guide to the genre, featuring books under 300 pages
5 Pinoy sci-fi films that’ll revive your faith in the genre

Stills from “Everything Everywhere All at Once,” “Coraline,” and “The Golden Compass”

In our first episode of “Nostalgia Goggles,” we talk to two college theater...

SHAREIf you spent a good while cross-sitting in front of the television anytime...

SHAREFor Cebuanos and other folks of the country, “tuob” is a regular remedy...

Are James Reid and Liza Soberano prepping for a K-pop collab?